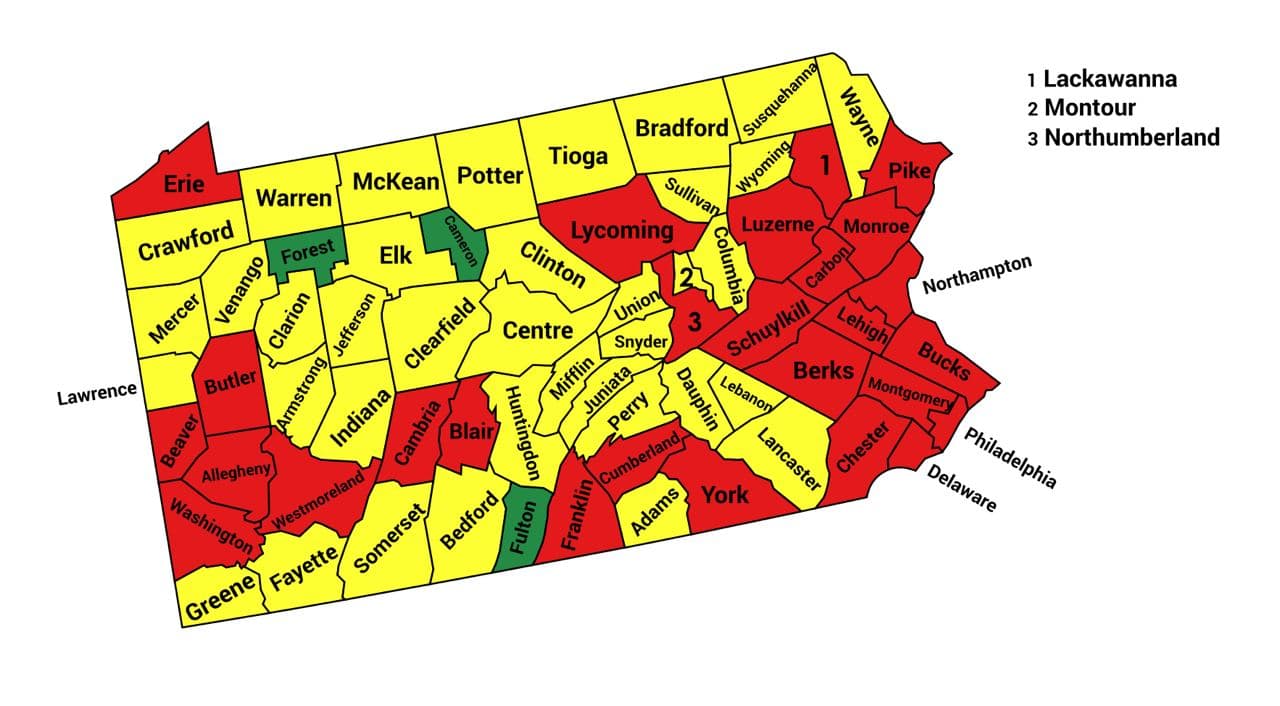 Even worse than I thought. PA was a slam dunk for Trump, with a 244k-12k (21 to 1 ratio) of net new registrations in previous 4 years that previously predicted Trump flip in 2016. 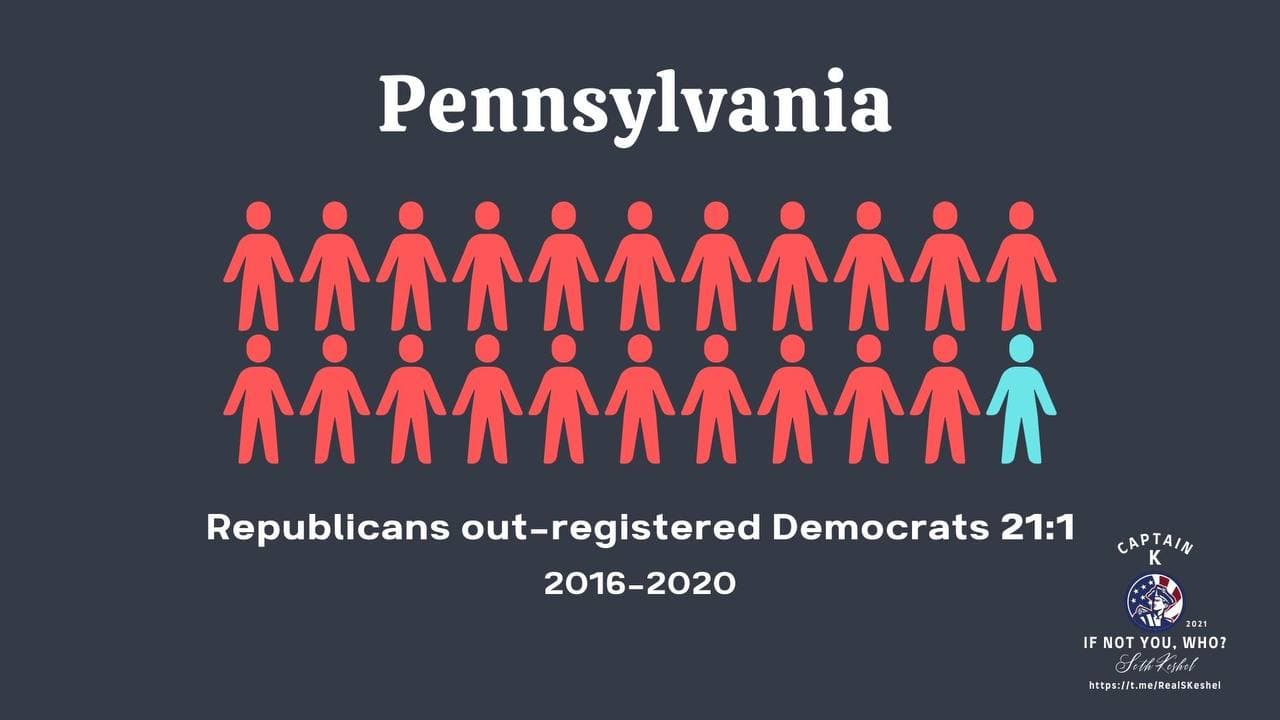 This is horrific. Only 3 counties I see as relatively clean, with 27 classified as major. 60 of 67 counties should have been more GOP than last time per registration trends, but only 20 trended more GOP. This flipped Erie and Northampton, which should have been slam dunks.

Trump crushed Obama ’08 total in a shrinking state, only to be passed on strength of what I assess to be 504k excess votes!

The following slide shows how in 2016 (and in many elections prior), the trend in voter registrations (towards Republican) also paralleled the trend in election results; however in 2020, although the state had many more Republicans registering to vote, the final results trend in the opposite direction: 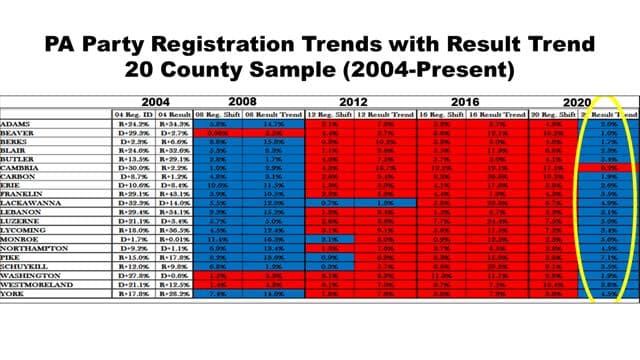 Seth Keshel gave the following presentation to the Pennsylvania Republican Party on 11 Nov 2020:

Followed by this official, signed declaration of the results he discovered:

He later expanded upon and revised his initial analysis, as per the sections below.

This is from the scrap heap, and is complicated, but if you want some of my Pre-election work to chew on, here is some good stuff. 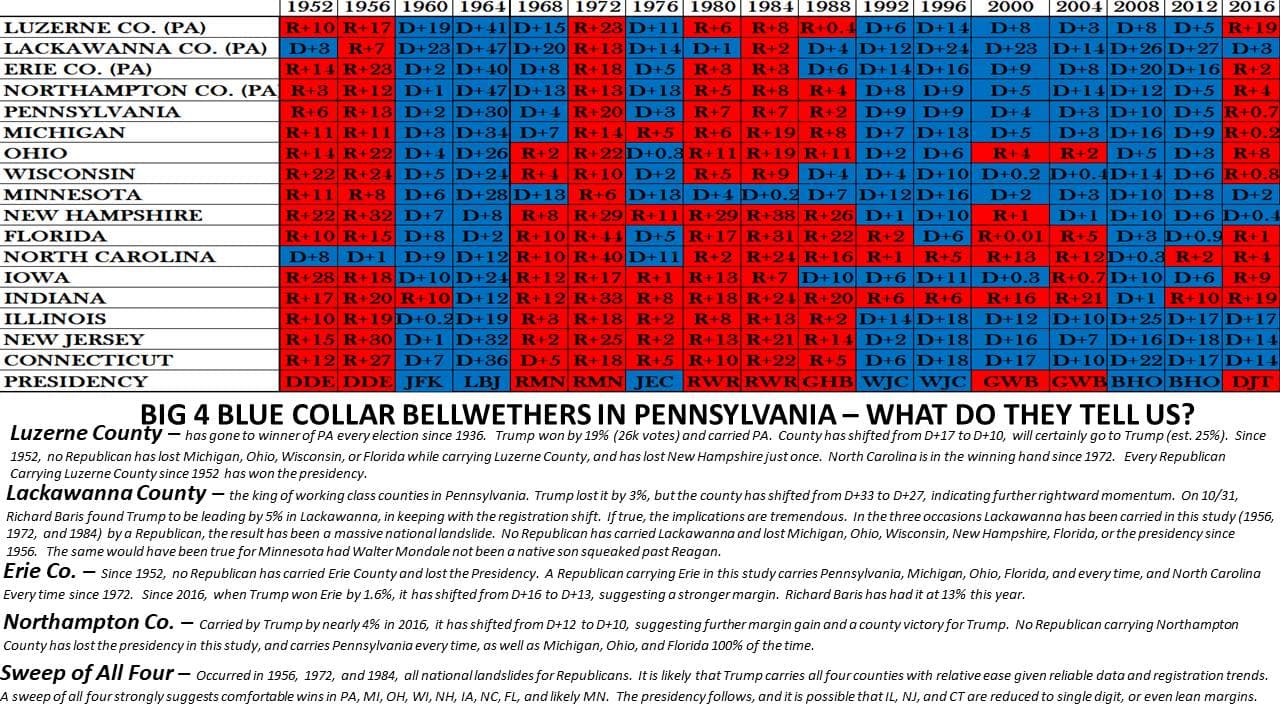 Luzerne, Erie, Northampton were three Trump flips that moved a lot in GOP registration. Two were stolen back to blue. GOP control of those three shows strong working class support and a win in MI.

Lackawanna is another story, similar to Mahoning in Ohio (won by Trump), lost by 3% in 2016 and trended hard R (Baris had Trump up 6 there) suggesting a flip this year, Scranton Joe effect be damned.

A GOP win there resonates all the way to Minnesota in terms of working class depth.

The slide reads itself in the bottom but keep in mind, DJT working class support tightens a lot of states not thought of looking back at history.

County Commissioner Leinbach of Berks County says this was a great election. Best in history, maybe ever.

Here, Seth shows you the 20,000 extra Biden votes in that county. Make sure you know the difference between phony, surface-skimming audits and real ones that identify phantom voters. 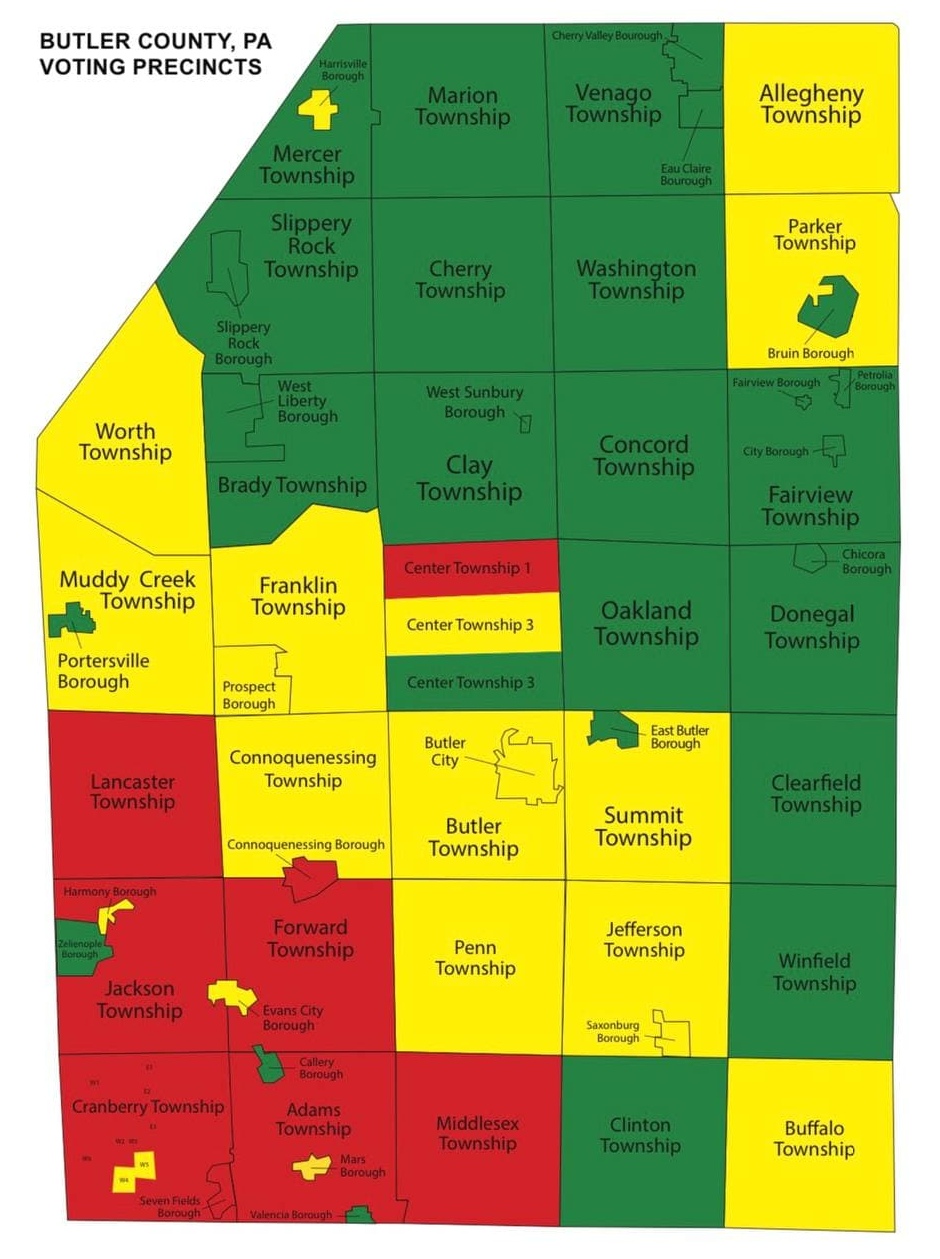 Seth provides some further stats and analysis on Butler County in the following video:

Thanks to Butler County (PA) Patriots, the following post shows county officials communicating before and after election about various issues, mostly related to their elections equipment (machines and scanners), pondering why votes are being subtracted and totals erroneous.

Also admitting issues with the voter list, even though we are told this is the most secure election in history. Also here, a results page showing DJT with over 80% of in person vote for him, but losing mail in vote nearly 2 to 1.

We’ve also analyzed some additional stats for Erie County, being discussed in our Gitlab discussion area:

Seth also reports that, strangely, 25.7% of registered voters in York County are recorded as registering on January 1. Either this is lazy record-keeping, or a possible indication of manipulation of voter rolls.

Here is the promised voter registration rolls with analysis on five counties holding an estimated 92,000 extra Biden votes (enough to flip the state!):

So What Should We Do?

For those who asked “what do we do?” in PA in response to those five counties I posted the registration problems with:

We aim to publish links to both the raw election data and voter registration data for Pennsylvania so that citizens and researchers can analyze this information for themselves.

To join the grassroots efforts in pursuing election integrity and audits of the 2020 election in Pennsylvania, you can join the following groups on Telegram: