The data shows the Democrats are winning less and less counties at each election, but are winning more and more of the largest counties. How is this possible?

In the previous article we looked at The Fall of the Bellwether Counties in order to find counties with strong “predictive” qualities that overwhelmingly voted for the Democrat party in 2020. We did not find any. In fact we found the exact opposite!

In this article, we look at the historical statistical trends for the “winning” counties.

A “winning” county is simply a county that voted for the same party that ended up winning the General Election.

Understanding these trends will shed light on what we saw happen with the bellwether counties, and is key to unravelling the “Art of the Steal”.

There are officially 3,141 counties in the USA.

This leaves us with a total of 3,111 consistent counties to analyze.

Let’s look at the number of counties that voted for the winning party at every election since 1988:

Do you notice any trends in this chart?

Can you see any trends?

Republican always win the Presidency with over 2,000 counties, and the trend is on a slightly upward trajectory, while Democrats are winning less and less counties. In fact there was a dramatic drop in winning counties after Clinton won over 1,500 counties in 1996. The trend is on a steep downwards trajectory.

Somehow, Biden — who broke the “popular vote” record with over 80 million votes — only won (approx.) 537 counties, which is the smallest number of counties won by any President in the last 32 years (or about 17%!)

Because of the Electoral College, the number of counties won, doesn’t affect the end result — a candidate must win the entire state — but it does reveal an interesting issue.

The only way for Biden to win the election with so few counties, is for him to win the most populated counties. And it’s pretty clear that’s where they focused their efforts.

Here’s another chart that shows the average number of winning votes each President received per winning county:

Do you see a trend? (Note that the scales are different: The Republican max value is about 16,000 whereas the Democrat max value is nearly 110,000).

Let’s make it even clearer by grouping the parties together:

It helps put things in perspective…

The Boom in Total Votes

Now let’s look at another interesting trend. Here are the total votes cast, across all parties, at every election since 2000:

Look at that massive jump in 2020! Somehow, during COVID-19 lockdowns, voter turnout supposedly broke all records (or did the mail in ballots break all the records 😉). It begs the question: were all those votes legitimate?

We’re asking that ourselves. Is it possible that Democrat cities with the largest populations were the focus of fraudulent votes?

If you look at how many college votes are available in each state, you can quickly see why Texas (and Florida) are so appealing to them: 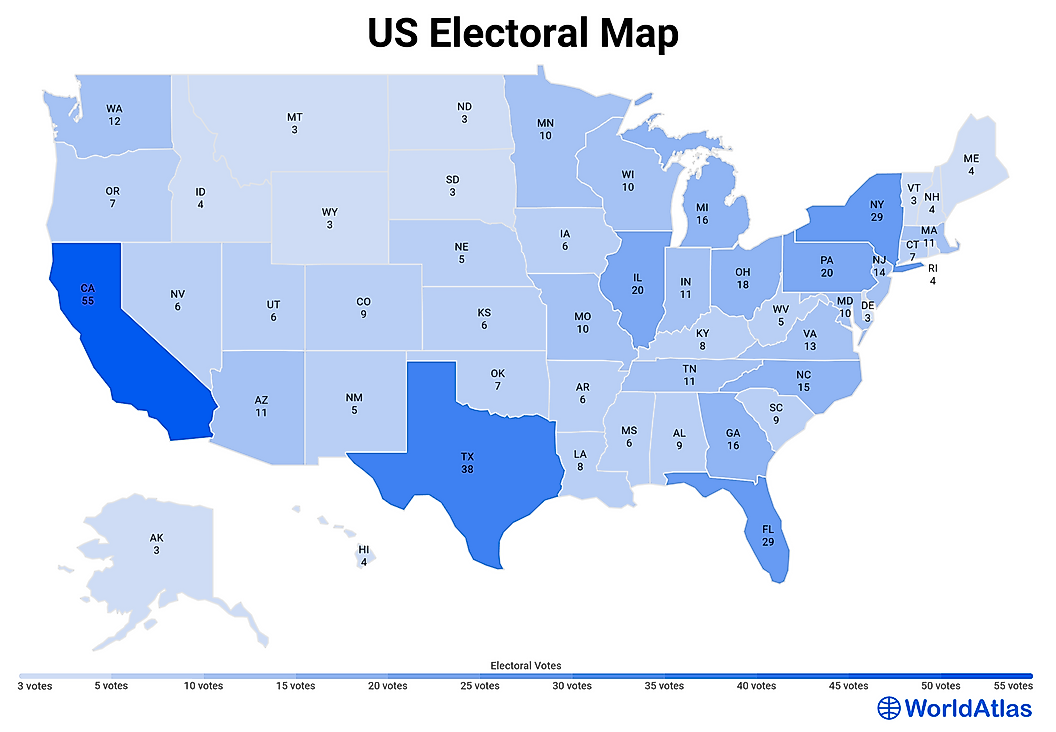 What Happened to Obama’s Counties?

Which Counties Did Biden Flip? 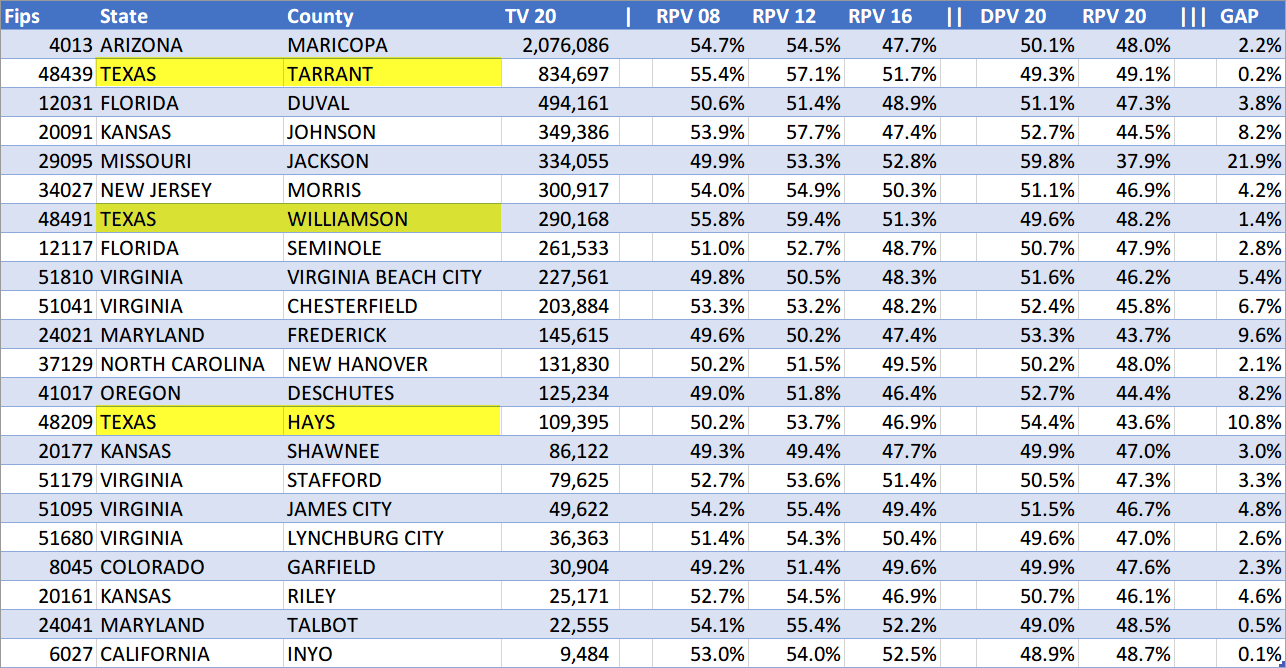 Conveniently these counties are amongst the most populated in their respective states.

The Republican Percentage Vote (RPV) has slowly but surely been eroded over the last several elections. Is it part of a master plan?

Some of these counties show a huge swing towards the Democrat party, which break all historical trends. For example:

These are very large percentage shifts to happen over just one election cycle!

A small gap number does not make it any less suspicious. Maricopa County had a relatively small gap of 2.2%, yet showed enough issues to warrant a full forensic audit. It makes us wonder what went on behind the scenes to swing those counties by such large margins?!

In the table above, you can see 3 Texas counties highlighted. Did we mention Texas appears to be part of a master plan to have it turn blue over the next few election cycles? (Can you spot the other 2 Florida counties?)

And what happened in Virginia? Would you believe us if we told you Trump should have won Virginia by a landslide? (If you keep reading, you will learn the necessary techniques to figure it out on your own.)

Skip ahead to the conclusion if tables full of numbers baffle you. 😉

In this section we compare several key statistics for all counties (Table 1) versus the most populated counties (those with at least 200K votes in 2020, Table 2):

The trend is obvious. Democrats are winning less and less counties, but they are winning more and more of the most populated counties.

When you take the time for these trends to “sink in”, everything else starts to make a lot more sense.