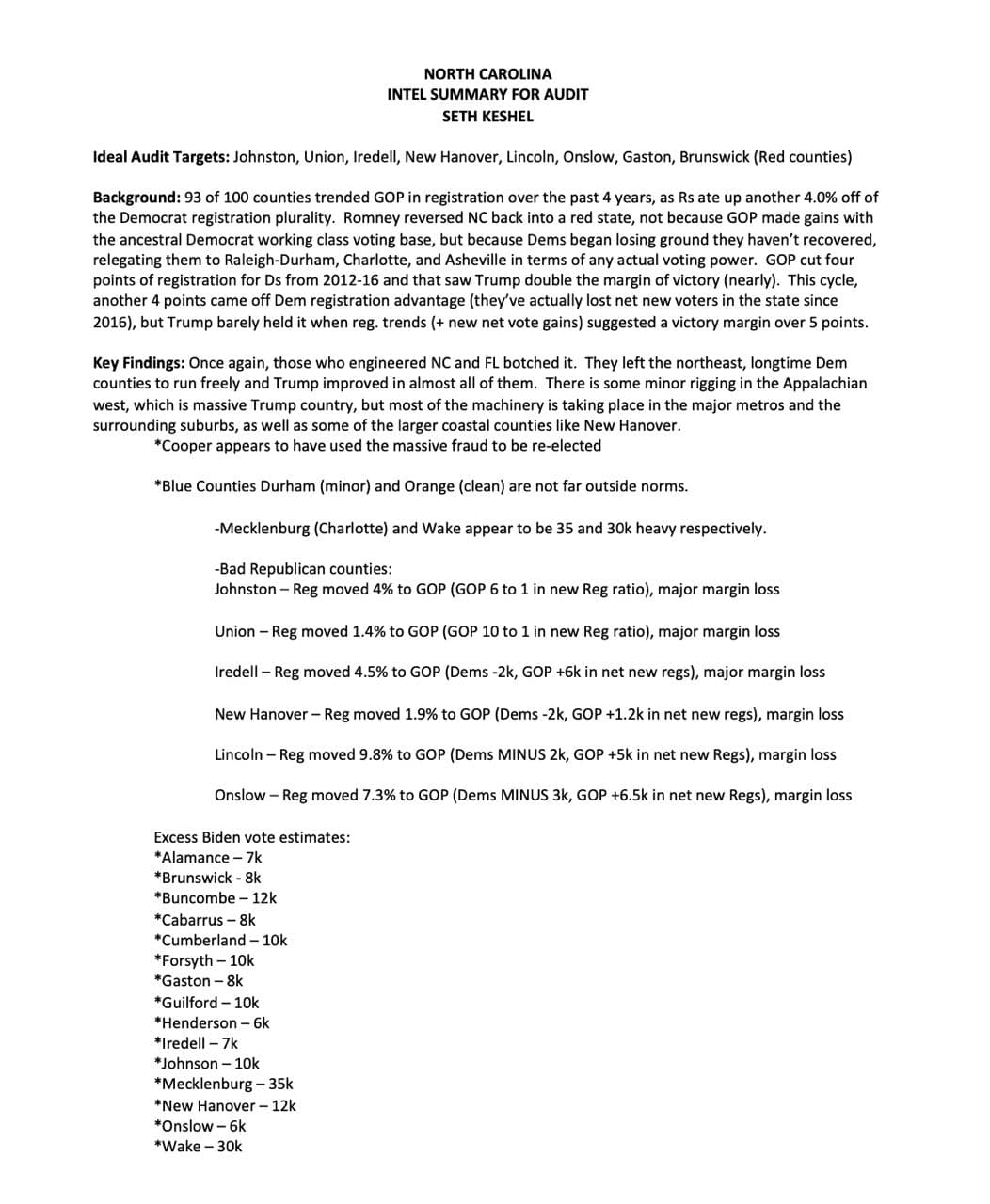 Seth has listed North Carolina’s Brunswick, Mecklenburg, New Hanover, and Wake counties as being among the Nation’s Top 100 Worst Counties in terms of abnormal trends during the 2020 election. 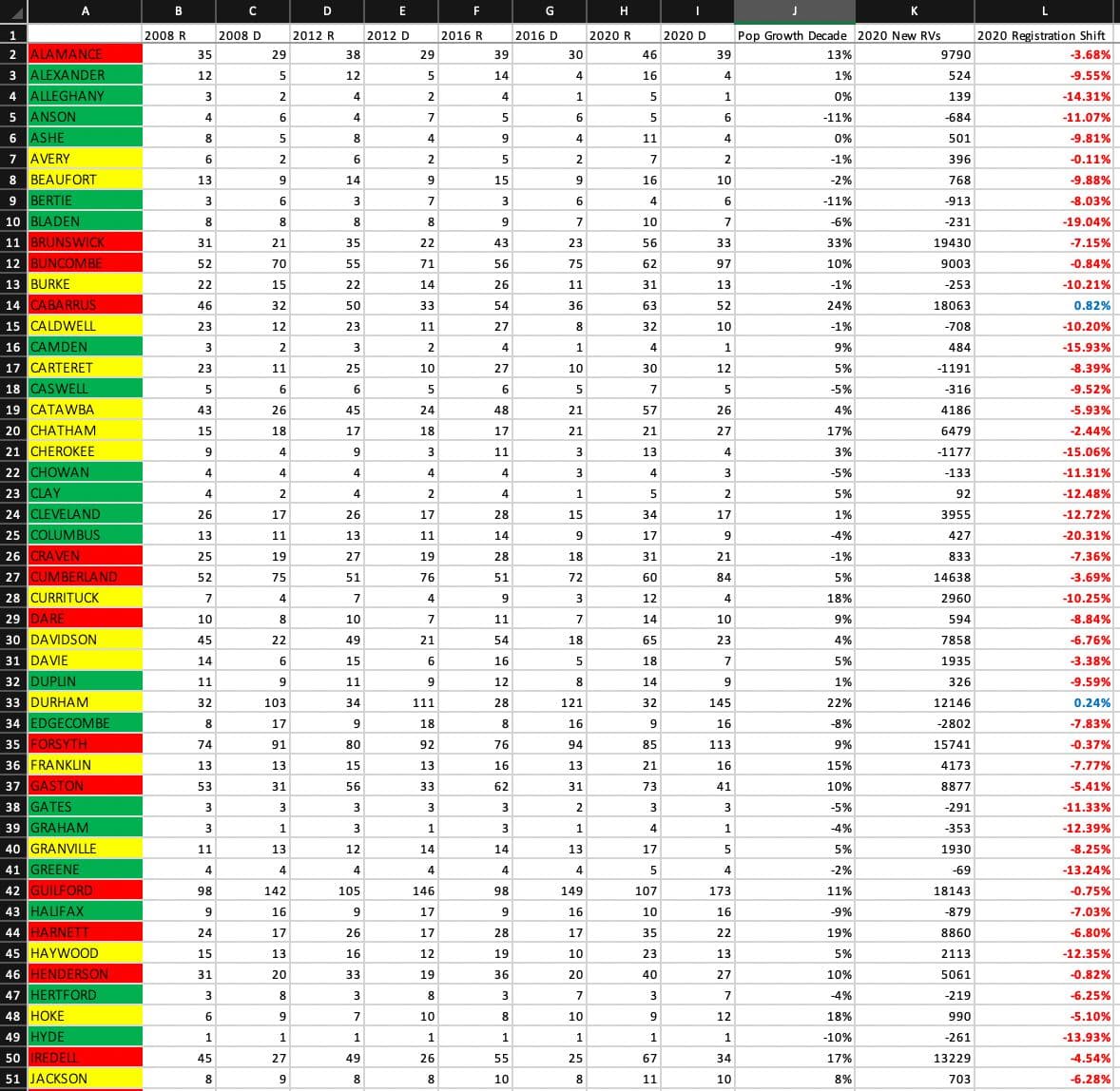 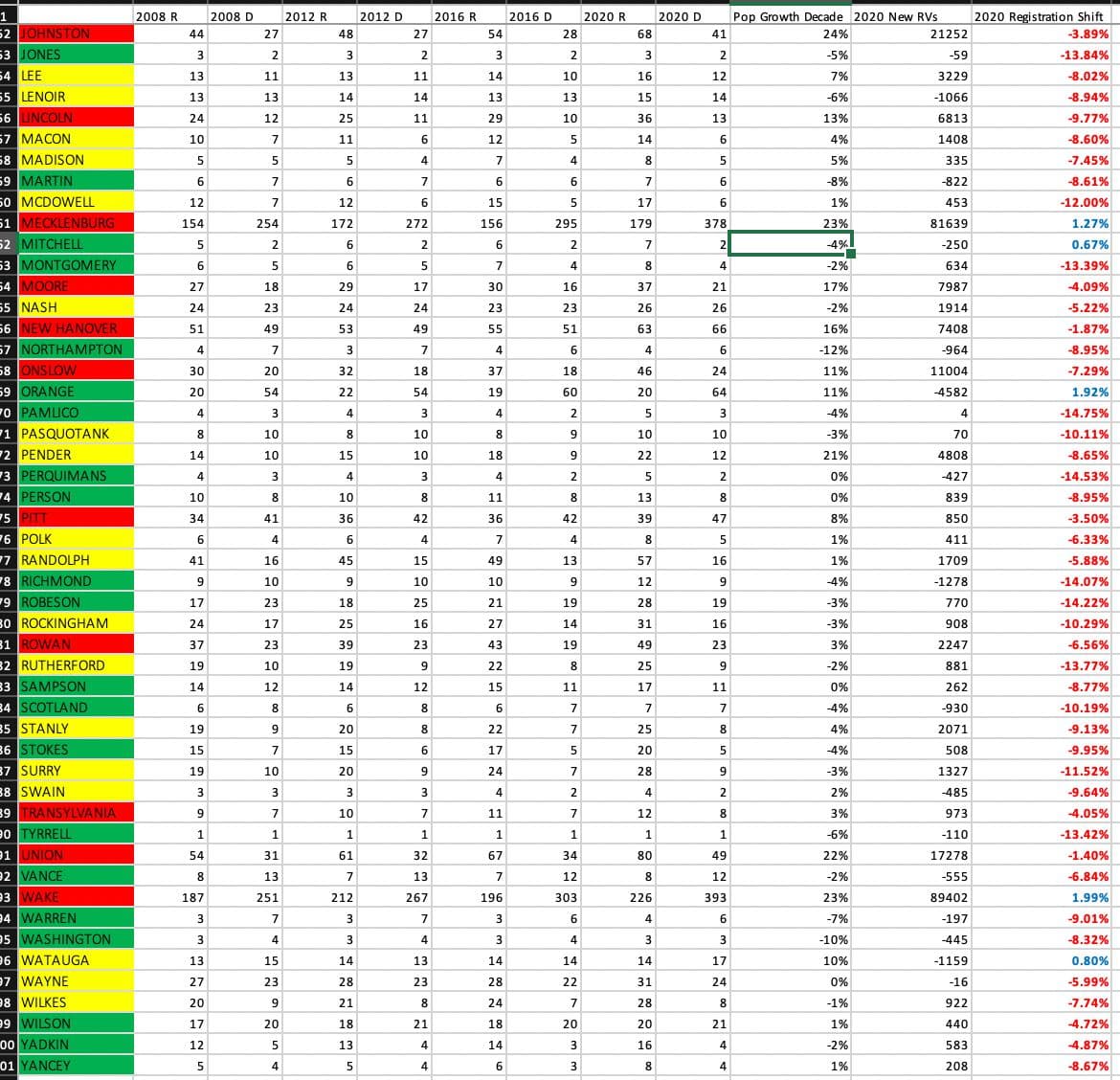 One on one with Seth Keshel as he answers questions specific to Brunswick County and New Hanover County:

Following Seth’s post we’ve also done some of our own analysis on Henderson County, NC.

Seth has produced detailed precinct-level heat maps for several dozen counties in other states but has found it difficult to do so for North and South Carolina:

We aim to publish links to both the raw election data and voter registration data for North Carolina so that citizens and researchers can analyze this information for themselves.

To join the grassroots efforts in pursuing election integrity and audits of the 2020 election in North Carolina, you can join the following groups on Telegram: