Most research into election fraud began in the six battleground or swing states, yet after numerous other states reported integrity issues the research has widened. We’re hoping to expand our coverage to every state in the US. The sections below outline what we know so far about Maryland.

In a number of states, the tallies of total votes have not matched the number of voters who voted, as per the voter rolls. This was the case in Maryland with the State Board of Elections reporting 2,961,437 votes cast, yet 3,038,031 voters were recorded as having voted according to city and county voter rolls.

On Jan 26, 2022 the officers of the Baltimore City Republican Central Committee (BCRCC) unanimously called for a full forensic and independent audit of the 2020 election saying simply “the numbers don’t add up”: 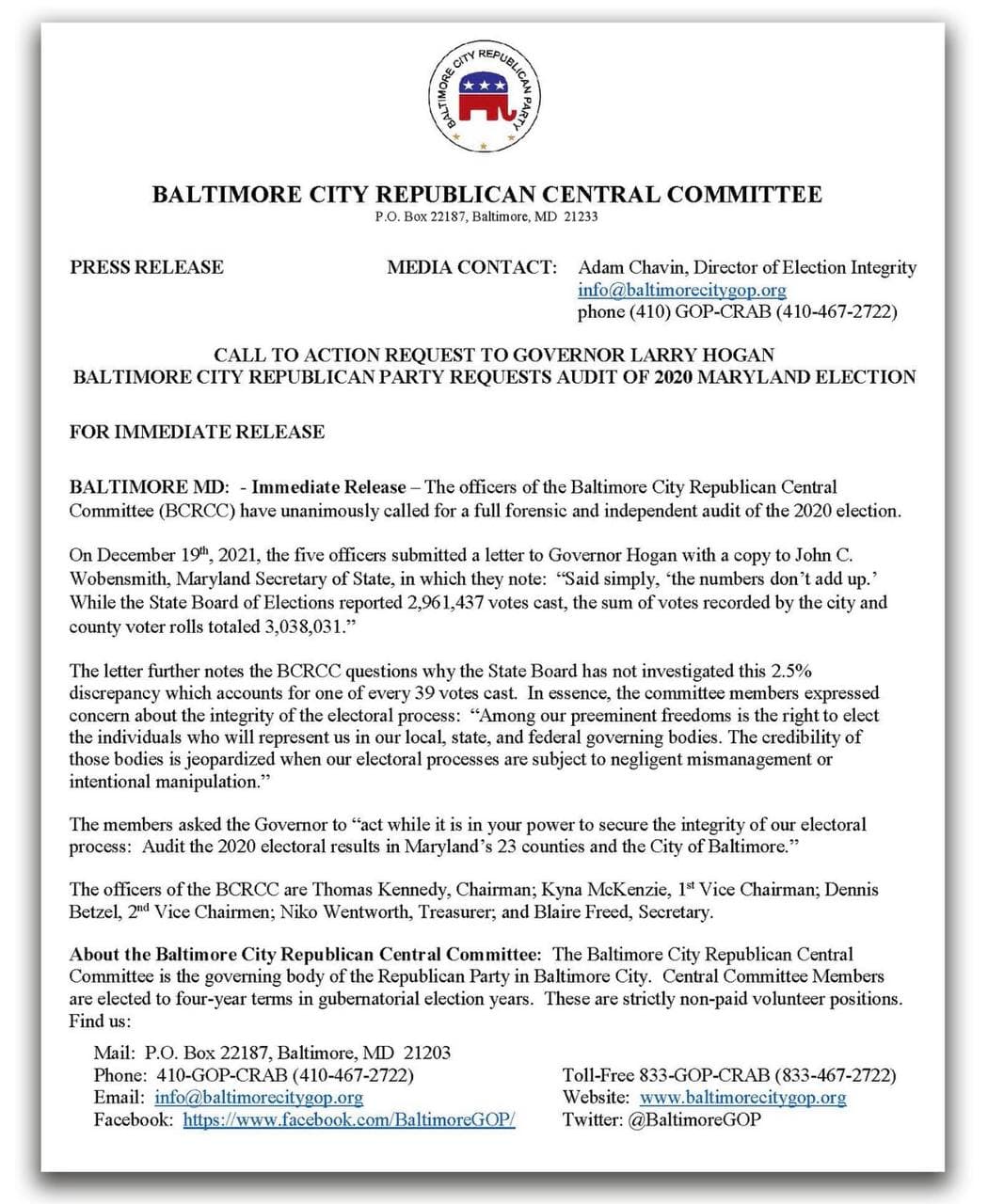 The Heritage Foundation’s Election Integrity Scorecard is an assessment of each state’s voting laws, written regulations and procedures. Maryland was ranked 29th out of 51.

View the full Scorecard for Maryland 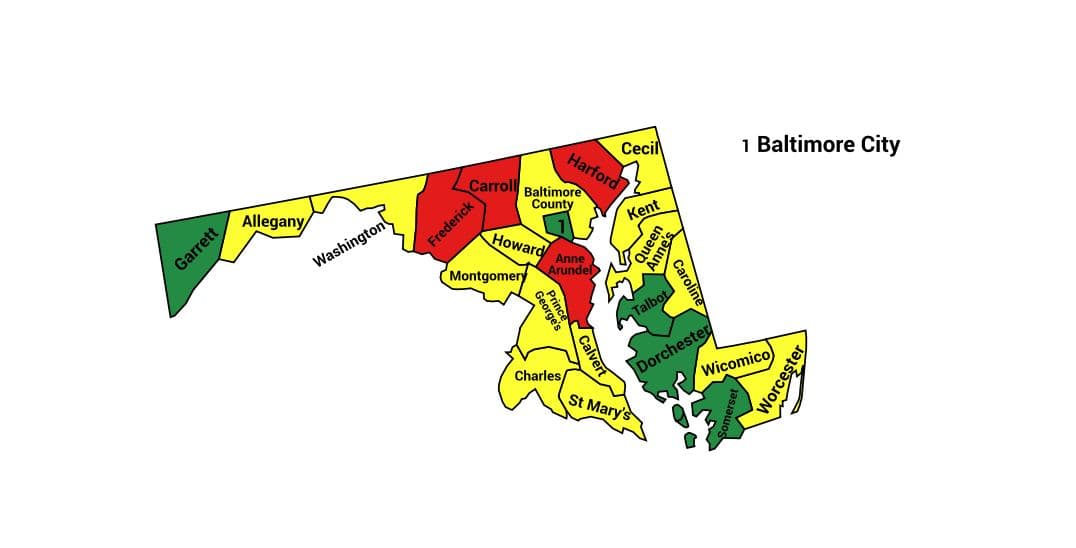 Seth estimates that there may be approximately 128,000 votes for Biden in excess of what Maryland registration trends would indicate — a possible indicator of fraud. Counties with the greatest number of excess votes deserve closer inspection.

Seth has listed Maryland’s Harford County as being among the Nation’s Top 100 Worst Counties in terms of abnormal trends during the 2020 election.

In our series of articles on election trend analysis, we identified the following statistical outliers for Maryland which deserve further investigation. Visit the linked articles to learn more.

Following the results of the Maricopa Arizona Forensic Audit, 188 state representatives from 39 states signed a letter asking for forensic audits in all 50 states. The signatories for Maryland include:

The US Congress Election Integrity Caucus — a group of 55 federal members working together on issues of election integrity — has no members from Maryland.

To join the grassroots efforts in pursuing election integrity and audits of the 2020 election in Maryland, you can join the following groups on Telegram:

We aim to publish links to both the raw election data and voter registration data for Maryland so that citizens and researchers can analyze this information for themselves.

Beyond Maryland, additional links of nationwide relevance are available on our Further Leads page.

Do you have more information about what happened in Maryland? Share in the comments below.