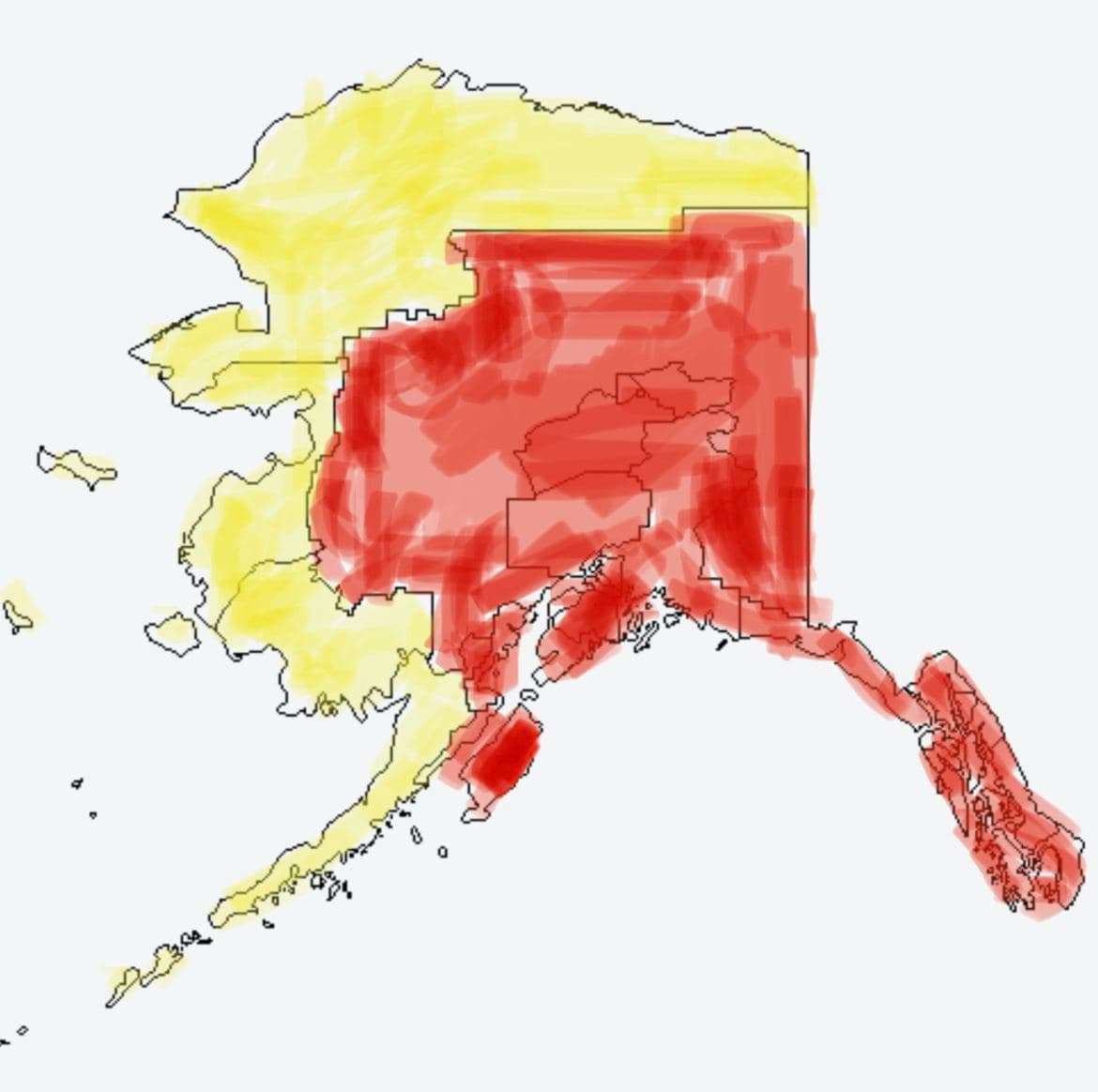 Notes: apologies for the crude map. AK is divided electorally into 40 State House districts, and that is how they track presidential results. These are new as of 2016, so trends are not available except for Party ID shifts and new voter numbers.

Fairbanks is districts 1-3, and Anchorage is 15-28, with 7-14 being surrounding areas. Trump trended heavily 37-40, which are largely native and reflects growth with minority voters.

Biden is 38k over Clinton in one cycle, with Trump up 27k. Trump is still not higher than McCain 2008.

Alaska has a lot of parties and has some indies, but I made some serious discoveries that cannot be captured fully in this caption. I am going to stop at the bottom line, and YOU NEED TO READ THE ATTACHMENT CALLED “AK INTEL SUMMARY.” 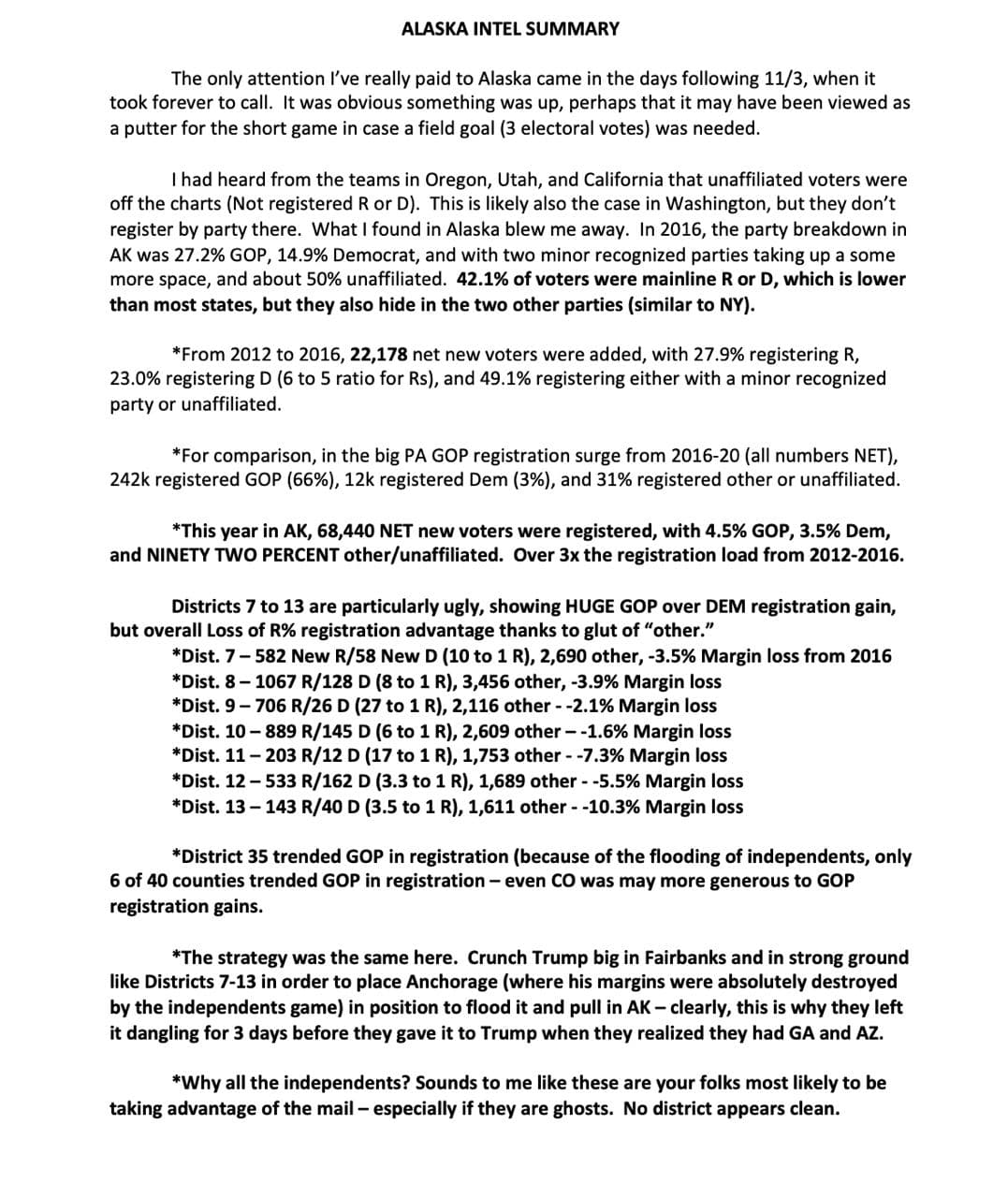 Seth has listed Alaska’s Anchorage County as being among the Nation’s Top 100 Worst Counties in terms of abnormal trends during the 2020 election.

A number of states, both key competitive states, and not, have machined/trimmed/manipulated their voter rolls for the desired outcomes. Here is an example from Alaska:

From 2012-16, there were just 23,000 net new registered voters, split 51% for a party and 49% Independent/other. From 2016-20, 3x the amount (68,000), at 4.5% Republican, 3.5% Democrat, and NINETY-TWO PERCENT Independent/Other. This forces most of their voting districts left thanks to the amount of indies diluting the math, suggesting a left lurch to an analyst. You may remember that Alaska took 3 days to call even with the artificially shortened 10% margin. I believe it was the 3-electoral vote putter in the proverbial golf bag in case Biden got hung up at 268 electoral votes.

This video, featuring Seth Keshel, discusses some of the issues with Alaska, starting at 22min mark. He says that it’s very odd and possibly suspicious that Alaska took so long to count and submit their final results, considering the relatively small number of votes.

We aim to publish links to both the raw election data and voter registration data for Alaska so that citizens and researchers can analyze this information for themselves.

To join the grassroots efforts in pursuing election integrity and audits of the 2020 election in Alaska, you can join the following groups on Telegram: