Most research into election fraud began in the six battleground or swing states, yet after numerous other states reported integrity issues the research has widened. We’re hoping to expand our coverage to every state in the US. The sections below outline what we know so far about South Carolina.

The Heritage Foundation’s Election Integrity Scorecard is an assessment of each state’s voting laws, written regulations and procedures. South Carolina was ranked equal 8th out of 51. 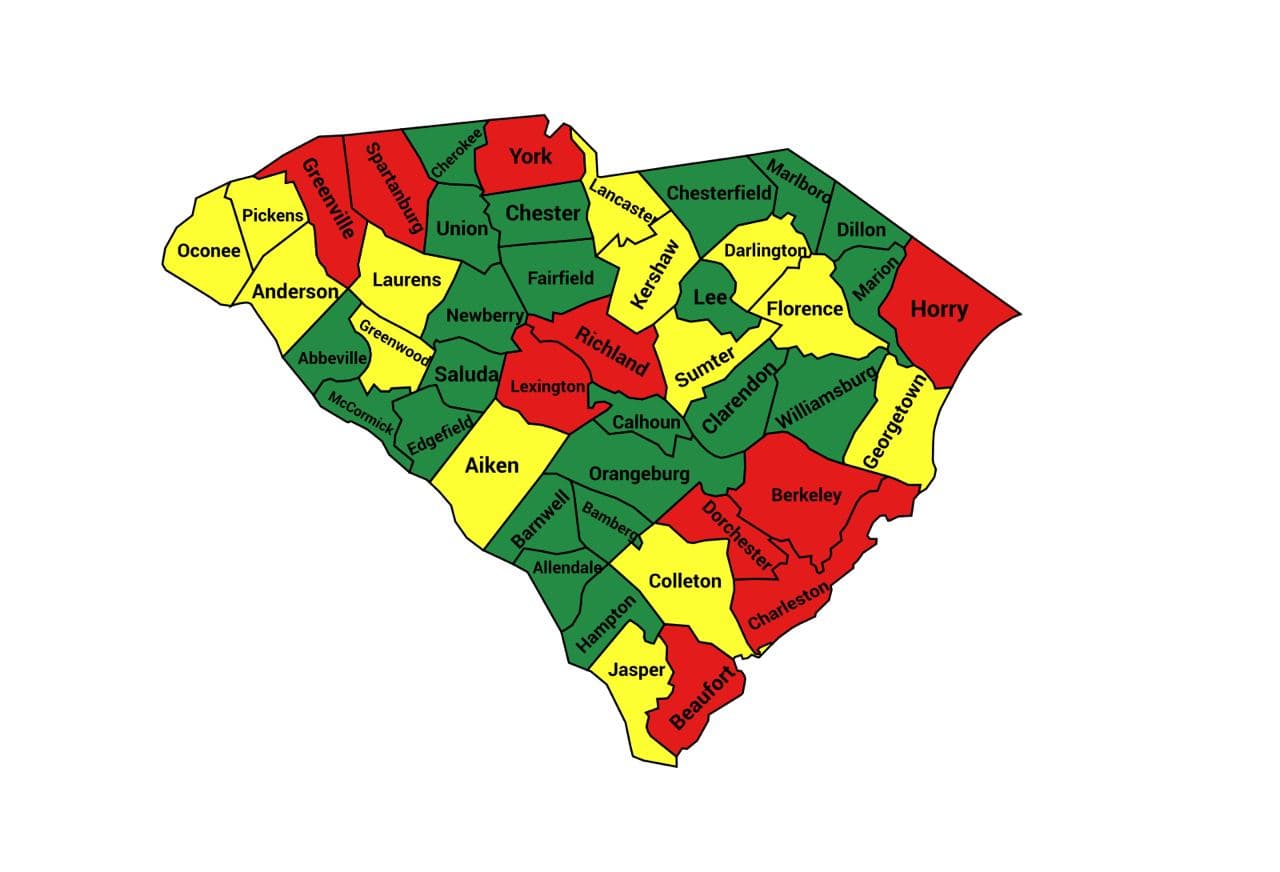 Seth estimates that there may be approximately 119,000 votes for Biden in excess of what South Carolina registration trends would indicate — a possible indicator of fraud. Counties with the greatest number of excess votes deserve closer inspection.

Seth has listed South Carolina’s Horry County as being among the Nation’s Top 100 Worst Counties in terms of abnormal trends during the 2020 election.

The same, exact algorithm (or “key” as Frank calls the mathematical formula) used in one county could be applied to many other counties in South Carolina to predict their voter registration and turnout by age, too.

At the September 13th 2021 Lexington County Republican Executive Committee meeting the committeemen voted and called for a full forensic audit.

Laura Scharr of the Election Fraud and Audit Committee (now the SC Safe Elections Group) gave a 30 minute presentation of how election fraud had taken place in SC elections and where that most likely happened.

The SC Safe Elections Group (formerly The Election Fraud and Audit Committee, or EFAC) is a grassroots non-partisan movement dedicated to fighting election fraud in South Carolina, working together since November 2020. Their concerned volunteer citizens are fighting for truth, justice, and a free and fair voting process. They began by investigating issues with the ES&S machines and documenting and exploring the election process via FOIAs.

The following presentation was given by EFAC regarding York County, SC (1hr 40min):

Learn more and get local updates via their website.

The following video (4hrs in total) includes the presentation of the results. We hope to provide a shorter edited version here when it becomes available.

Following the results of the Maricopa Arizona Forensic Audit, 188 state representatives from 39 states signed a letter asking for forensic audits in all 50 states. The signatories for South Carolina include:

South Carolina Congressman Joe Wilson, Congresswoman Nancy Mace, Congressman Ralph Norman, and Congressman Tom Rice are part of the US Congress Election Integrity Caucus, a group of 55 federal members working together on issues of election integrity to ensure that Americans in every state and territory have confidence in free, fair, accurate, and transparent elections.

To join the grassroots efforts in pursuing election integrity and audits of the 2020 election in South Carolina, you can join the following groups on Telegram:

We aim to publish links to both the raw election data and voter registration data for South Carolina so that citizens and researchers can analyze this information for themselves.

Beyond South Carolina, additional links of nationwide relevance are available on our Further Leads page.

Do you have more information about what happened in South Carolina? Share in the comments below.