Most research into election fraud began in the six battleground or swing states, yet after numerous other states reported integrity issues the research has widened. We’re hoping to expand our coverage to every state in the US. The sections below outline what we know so far about New Mexico.

Quoting from the executive summary:

This report presents clear and convincing evidence highlighting the most likely paths where systemic fraud is taking place, and are as follows:

These conclusions are supported by the evidence uncovered during the current investigation, and falls into four categories:

Following the October 2021 report, above, the grassroots team consisting of engineers, technical experts, legal experts and other willing volunteers were able to gain the legal means and permission of the county commissioners and clerk to audit the ballots, machines, and canvass the voters themselves. The county Sherriff and District Attorneys have also provided willing assistance and helped ensure the process is legal, well-grounded and will result in the necessary evidence for further action. 1

Dr Shiva — MIT PhD and inventor of email — and his organization EchoMail is currently performing an analysis of ballot images and envelope signatures.

Volunteer canvassers are surveying county residents to verify whether the election records match with how the voter says how they voted. The canvass is already discovering a large number of incorrect and non-existent addresses and voters: 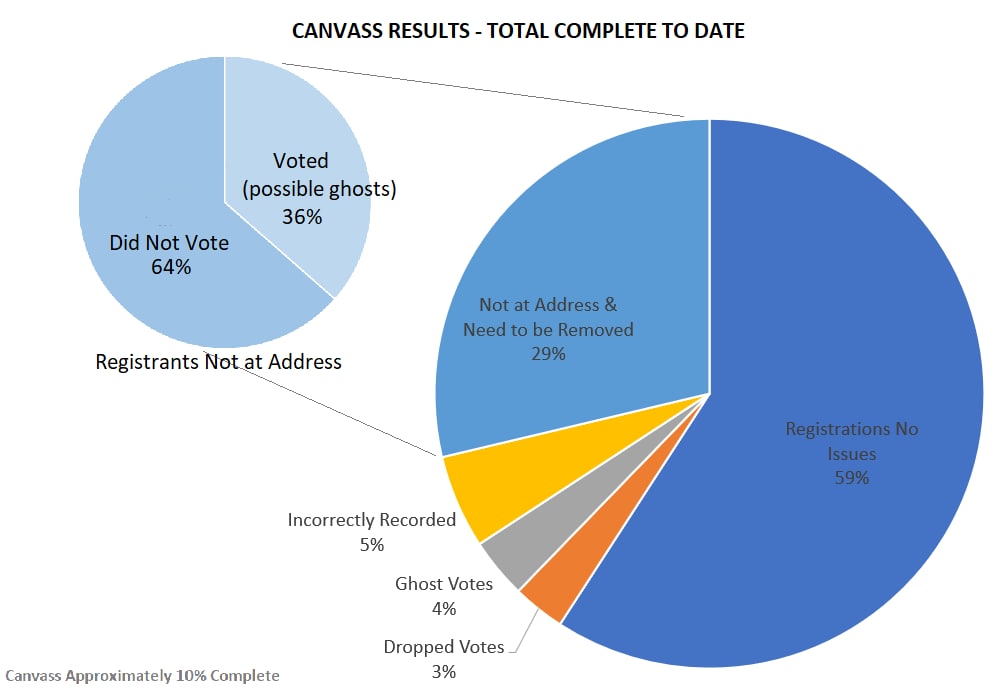 Opposition to the Audit

The chairs of the federal US Congress Committee on Oversight and Reform sent a threatening letter to Dr Shiva and a copy to the US Attorney General—although when an official federal committee references The Daily Beast and other legacy propaganda outlets as the source of their concerns it reveals how little objective grounds they have for interfering. The committee’s letter was riddled with inaccuracies, slander, partisan bias, and projects onto the auditors that they are undermining democracy by doing a thorough investigation. A rebuttal of several of the points is available here.

Threats have also been made that the electronic machines will be forcibly decertified if they are opened for forensic inspection—although many residents would gladly welcome that consequence, provided they are not replaced with new ones.

The auditors believe that the county clerk has done her best to run the election correctly, but being forced to outsource management of the complex Dominion machines that involve 400 customizable settings opens their elections to manipulation.

The audit is due to conclude in mid-April 2022 and we’ll be sure to share the results.

The Heritage Foundation’s Election Integrity Scorecard is an assessment of each state’s voting laws, written regulations and procedures. New Mexico was ranked 31st out of 51.

It’s important to note that the scores above reflect the laws, regulations, and processes that exist within the state, but not whether they were actually followed. In the 2020 election, some states with highly-rated election integrity measures did not uphold them. 2 As The Heritage Foundation reminds us, even the best laws are not worth much unless responsible officials enforce them rigorously. It is up to the citizens of each state to make sure that their elected and appointed public officials do just that. 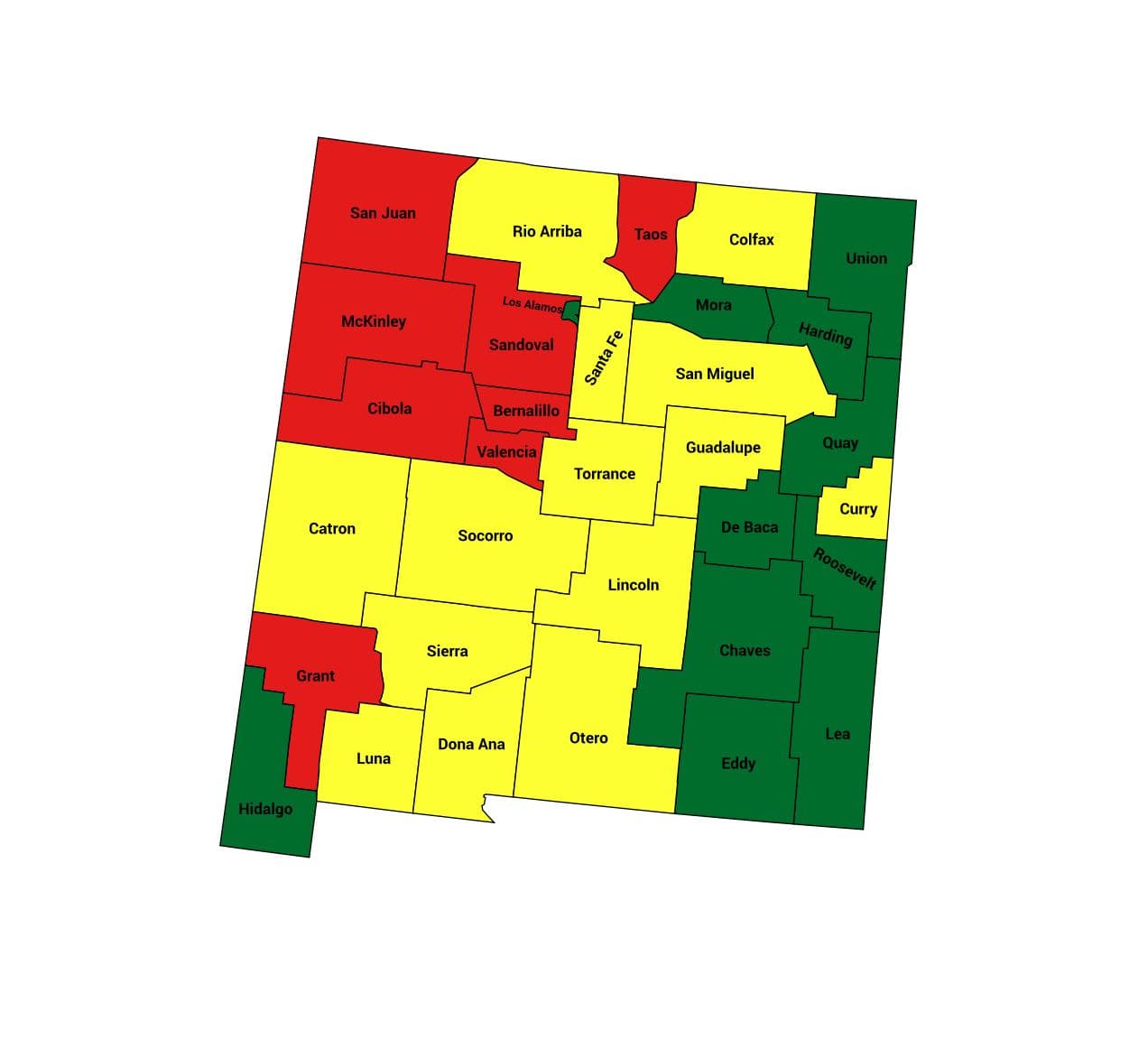 Seth estimates that there may be approximately 84,000 votes for Biden in excess of what New Mexico registration trends would indicate — a possible indicator of fraud. Counties with the greatest number of excess votes deserve closer inspection.

Seth has listed New Mexico’s Bernalillo County as being among the Nation’s Top 100 Worst Counties in terms of abnormal trends during the 2020 election.

New Mexico used Dominion Voting Machines in at least some counties. Numerous integrity issues have been uncovered with Dominion.

❌ No representatives from New Mexico have yet signed the document.

New Mexico Congresswoman Yvette Herrell is part of the US Congress Election Integrity Caucus, a group of 55 federal members working together on issues of election integrity to ensure that Americans in every state and territory have confidence in free, fair, accurate, and transparent elections.

To join the grassroots efforts in pursuing election integrity and audits of the 2020 election in New Mexico, you can join the following groups on Telegram:

We aim to publish links to both the raw election data and voter registration data for New Mexico so that citizens and researchers can analyze this information for themselves.

Beyond New Mexico, additional links of nationwide relevance are available on our Further Leads page.

Do you have more information about what happened in New Mexico? Share in the comments below.