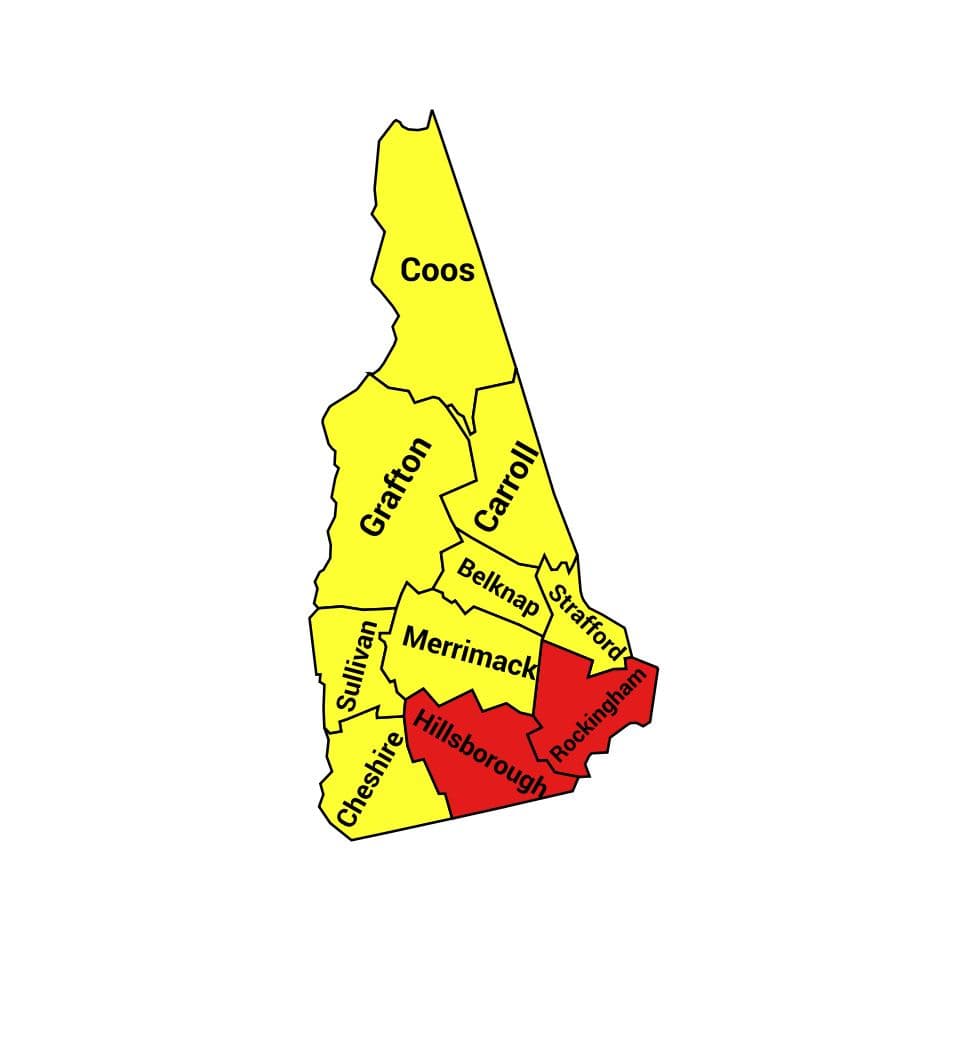 New Hampshire was almost won by Trump in 2016, with just under 3,000 vote difference. Trump’s anti-war stance made him a perfect fit to flip New Hampshire, as the Iraq War is a key reason Bush lost it in 2004 after carrying it in 2000. Working class shift in effect as seen in the Midwestern states, Democrat peak being in 2008, with a heavy share of independent voters.

The trends in voter registrations indicate that Biden has 40,000 more votes than what seems reasonable. Rockingham (14k) and Hillsborough (12k) are the most glaring culprits. The issue appears to lie in registrations. The trend is similar to other stagnant population states: 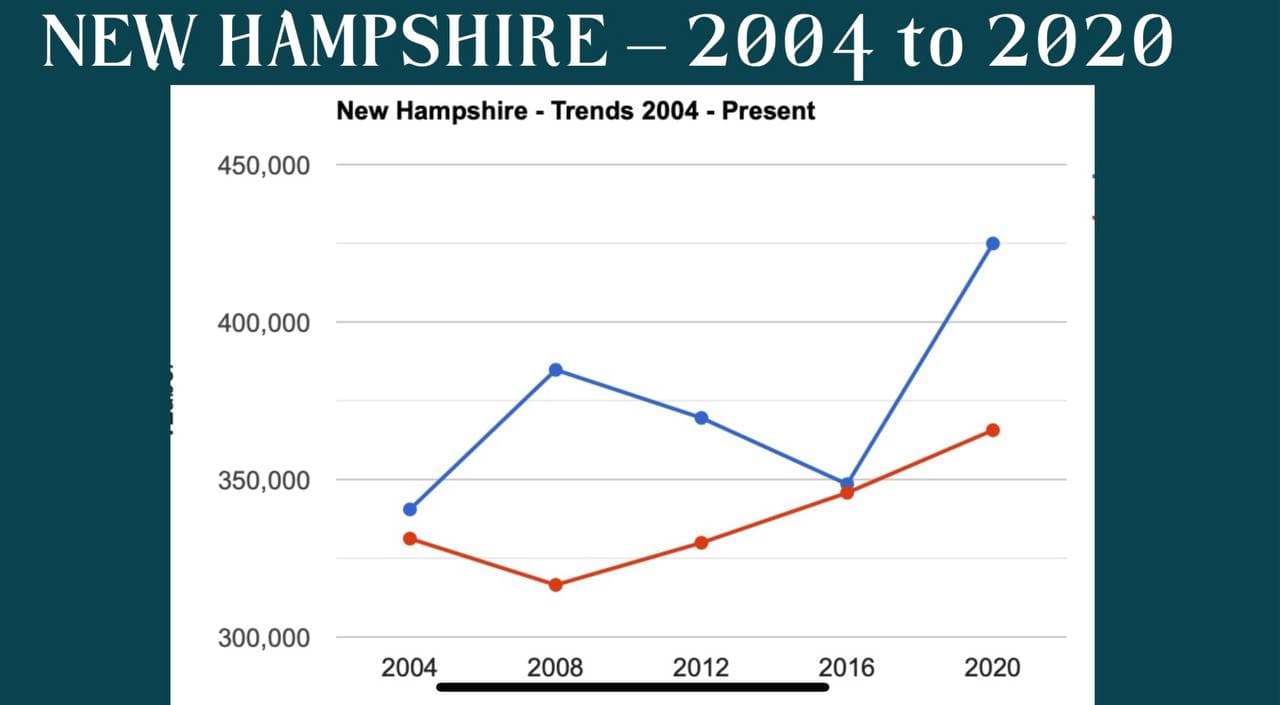 As state trended more Republican from 2008:

Incredible how Biden reversed two cycles of Democrat decline amidst a Trump favoring coalition shift in NH to post a gain nearly 2x larger than Obama’s in 2008.

Registration numbers alone suggest the state would drift left, but based on the above, the method of registering voters appears far different from previous years. The 15-fold increase in new registered voters since 2016 needs investigating.

If we remove the 40,000 excess votes, Biden’s lead would dwindle to 50.2% to 47.7% (2.5% lead), or just 19k votes. If there is additional fraud via votes being flipped electronically, then this state should have been a win for Trump. I had it two or less to either candidate (tilt) leading up to the election.

Here is a breakdown of individual counties: 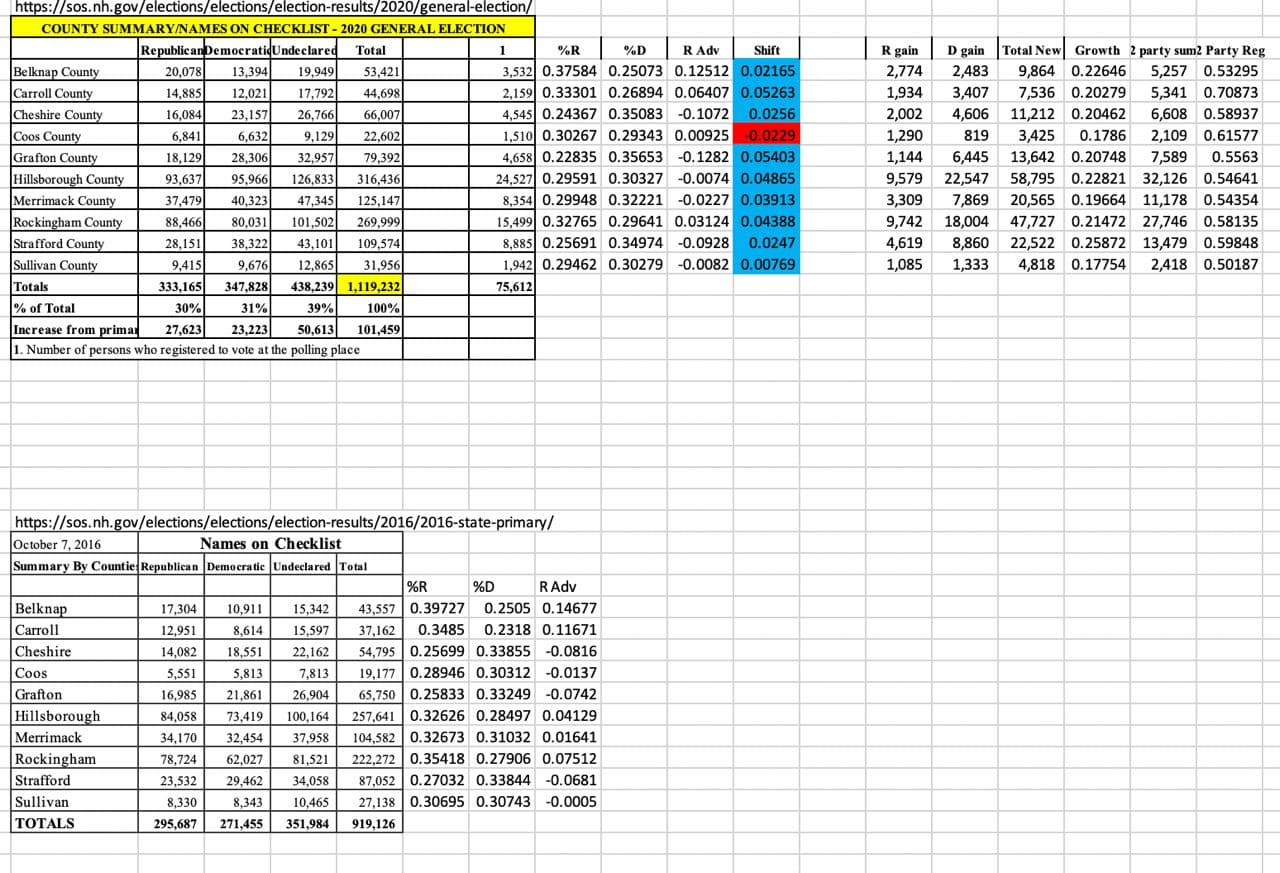 Seth has listed New Hampshire’s Rockingham County as being among the Nation’s Top 100 Worst Counties in terms of abnormal trends during the 2020 election.

A number of states, both key competitive states, and not, have machined/trimmed/manipulated their voter rolls for the desired outcomes. For example, in New Hampshire:

From 2008-16, the state only added 13,000 net new registered voters. Yet in the past four years, they added 200,000, pushing the state a couple points to the left. This would make an analyst looking at party registration shifts assume “New Hampshire moves left.”

Republicans registered 37k, but were out-registered 2:1 by Democrats overall, with another 97k Independent/Other. So, 200,000 new registered voters in a state of 1.37 million. For perspective, neighboring Vermont, with close to half of the population of New Hampshire, registered just 34k net new voters (also probably heavy based on county analysis) – meaning NH is 3x higher in net new registered voters if we set populations to equal.

These look a lot like phantom voters – fake records added to the rolls – and need investigating.

We aim to publish links to both the raw election data and voter registration data for New Hampshire so that citizens and researchers can analyze this information for themselves.

To join the grassroots efforts in pursuing election integrity and audits of the 2020 election in New Hampshire, you can join the following groups on Telegram: