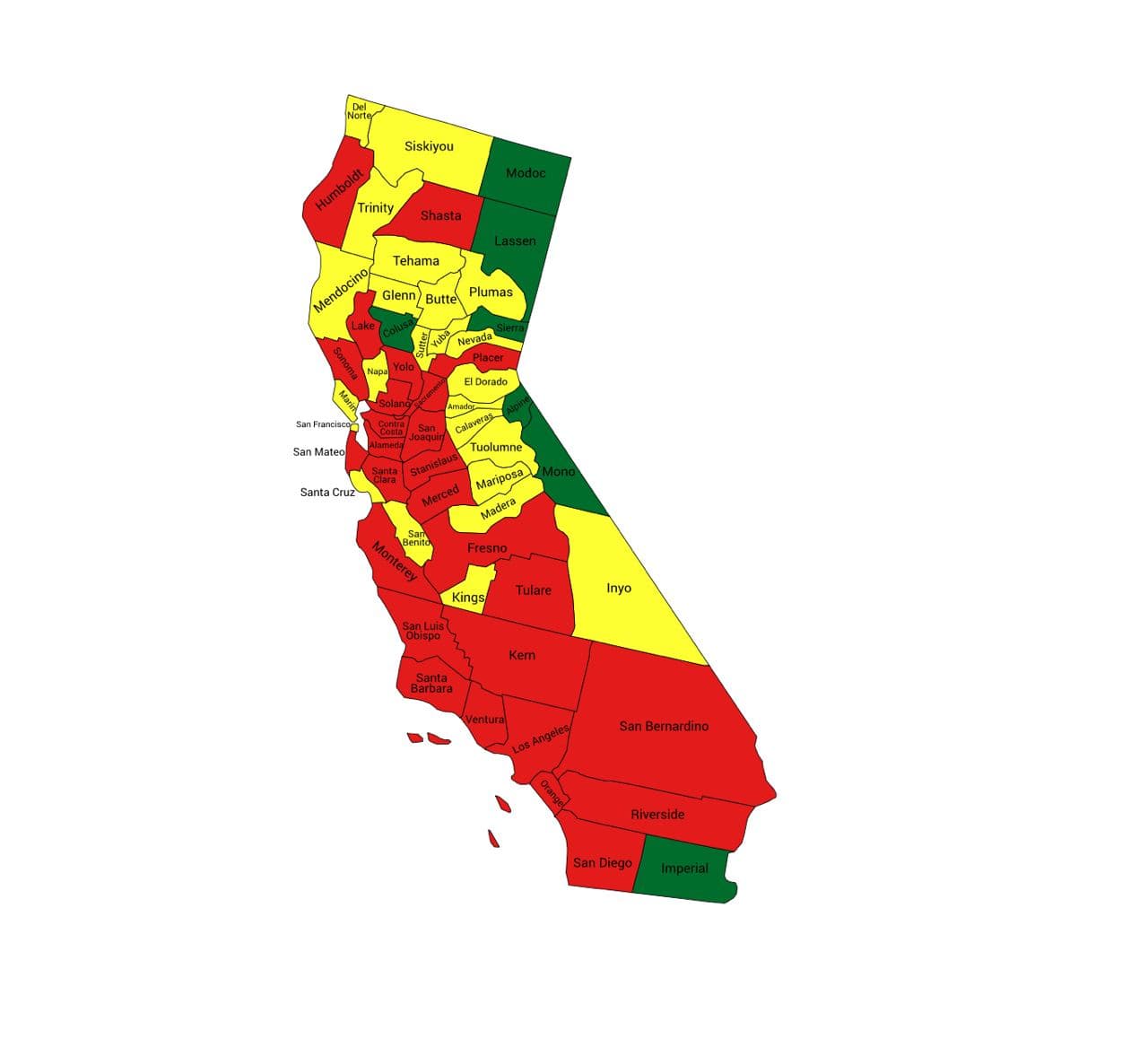 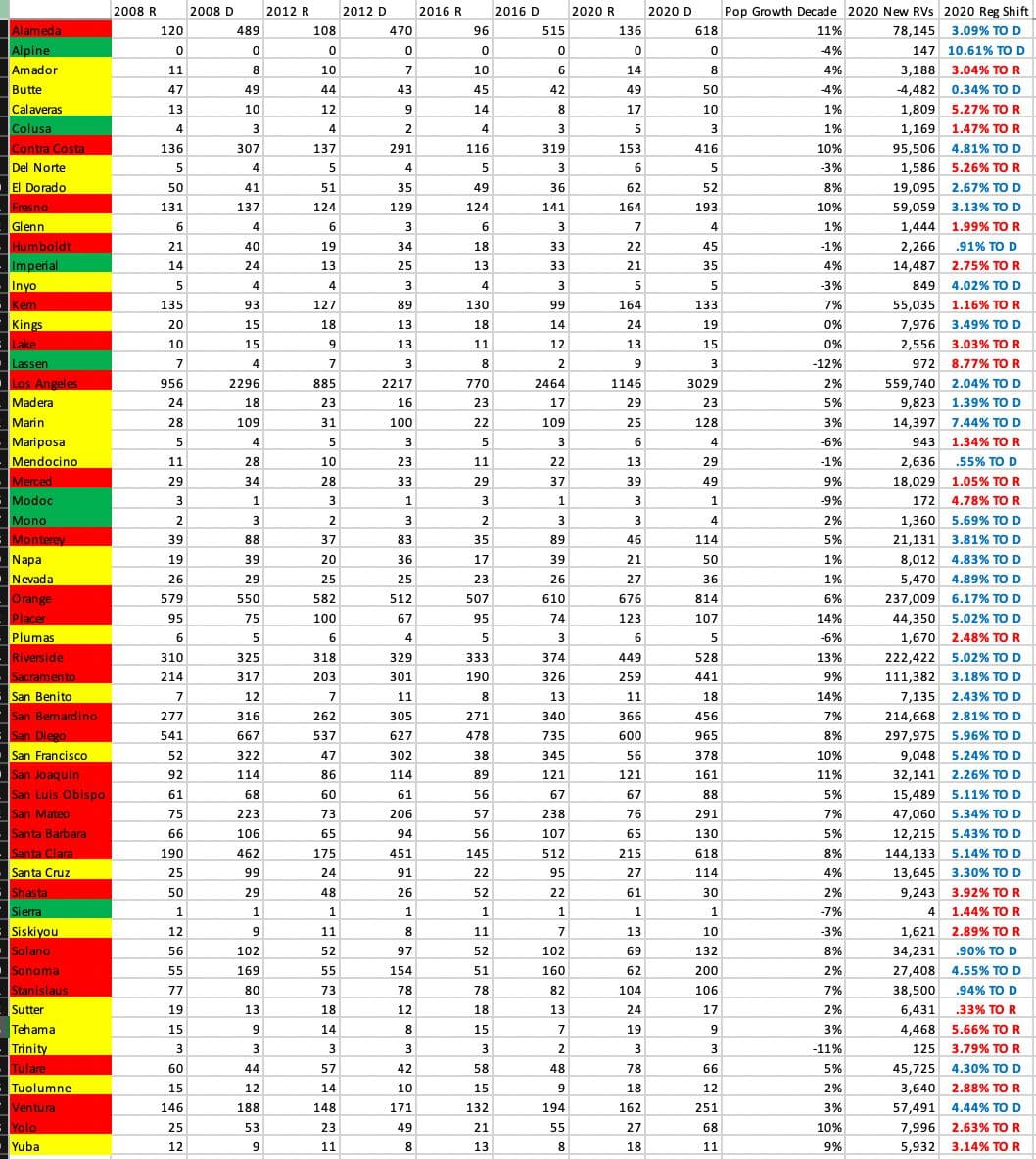 First takeaway on California – although California trended Democrat in registrations by 2%, Trump pushed it slightly right even in certified totals. This is only done with winning low-propensity voters, registered Democrats, independents, especially working class Hispanics in Southern California.

These are worst counties for excess Biden votes as predicted by party ID, population growth, and registration:

Proportionally, Los Angeles, Orange, Riverside, San Bernardino, and San Diego absolutely dwarf other counties for new registered voters. Are these phantom factories? Est. 1,346,000 excess Biden votes, would put state at 23.3% margin if only excess votes considered. I believe California to be much tighter.

Seth has listed California’s Fresno, Kern, Orange, and San Bernardino counties as being among the Nation’s Top 100 Worst Counties in terms of abnormal trends during the 2020 election.

A number of states, both key competitive states, and not, have machined/trimmed/manipulated their voter rolls for the desired outcomes. Here are some examples:

CALIFORNIA – San Francisco didn’t seem to care much, expanding the rolls by just 9,000 voters (1.8%); but Orange, Riverside, San Bernardino, and San Diego were all about this election, with between 215k to 297k net new registered voters.

A deeper look into California has me questioning my own assessment of the state, as Trump improved tremendously in most of the major counties in the state, especially San Diego, LA, Orange, Riverside, and San Bernardino. California, as you know, is vital for the national popular vote propaganda piece for Democrats, and somehow manages to turn everything around it blue and still double its own Democrat votes in two decades with a now stagnant population growth. Can’t be both.

We aim to publish links to both the raw election data and voter registration data for California so that citizens and researchers can analyze this information for themselves.

To join the grassroots efforts in pursuing election integrity and audits of the 2020 election in California, you can join the following groups on Telegram: