Results from the Arizona Forensic Audit are due out Fri Sept 24. Read our summary of what we know about Arizona so far. 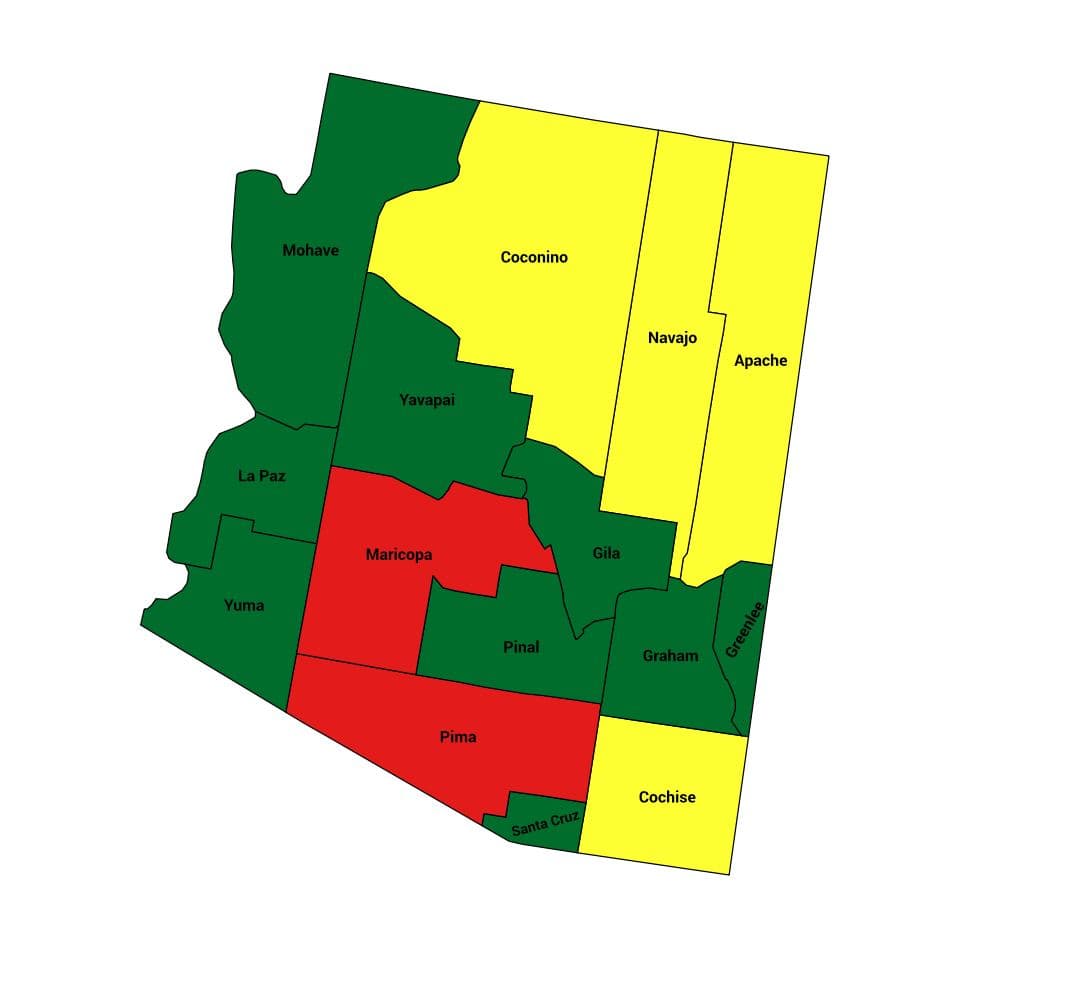 See the following chart for more alarming figures – I’ve already done a lot of research here. Could Biden have really increased the Democrat votes by a whopping 48.07% over a single election cycle? Maricopa County is highly suspect. 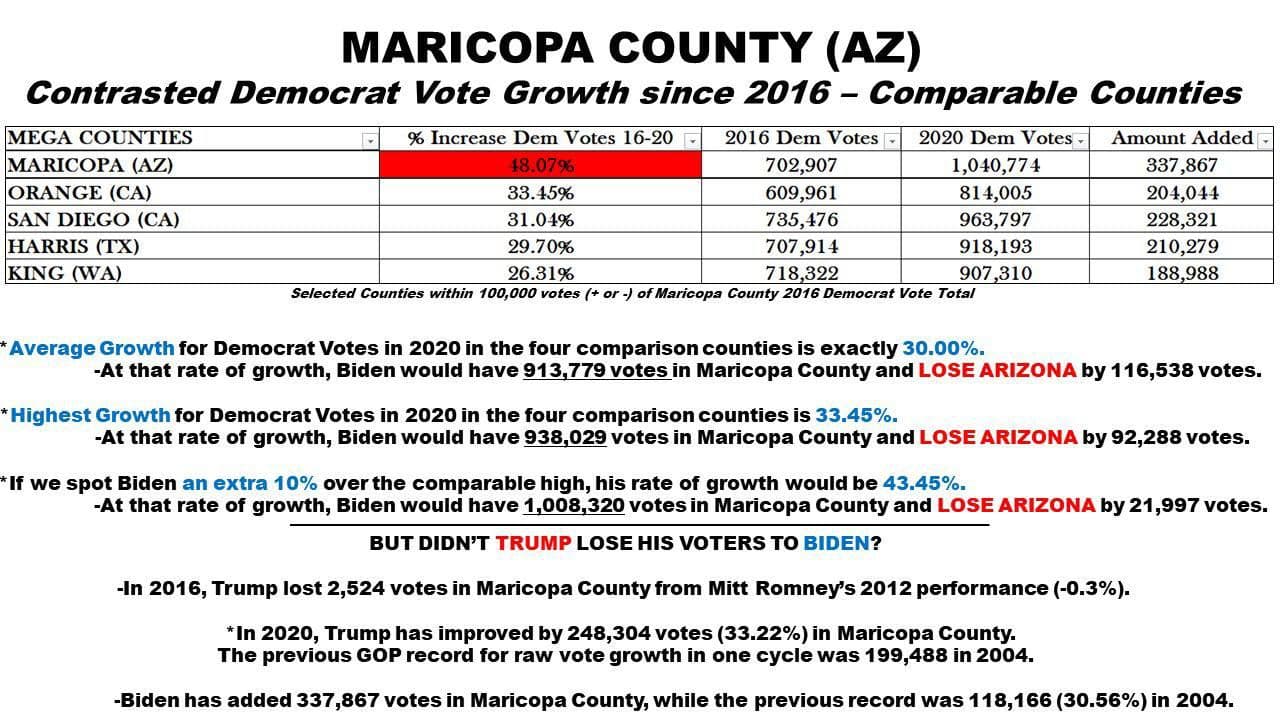 This tells you the tale of the tape in Maricopa County.

Orange, San Diego, Harris, King, and Miami-Dade Counties are the only 5 counties within 100,000 Democrat votes of the total in Maricopa County (703k) in 2016. This is how each of them grew. Miami-Dade was thrown out because they had a drop-off in Democrat votes thanks to the Trump gain.

The rest of it speaks for itself.

Here is an example of a county that is 4-5k heavy in Biden votes, potentially half the “margin” in AZ.

We’ve also analyzed some additional stats for counties in Arizona, being discussed in our Gitlab discussion area:

If anyone is able to assist with a written or dot-point summary of the above videos, we’d love to add those to this page. Connect on Telegram or Gitlab if you can assist.

A number of states – both key competitive states and not – have machined/trimmed/manipulated their voter rolls for the desired outcomes. Here are some examples:

Katie Hobbs is almost certainly stuffing voter rolls with phantoms, not just with Maricopa, but Pima, too. Arizona needs to do a thorough canvassing – we have a historically red state with historic Republican gains in registration, that has been growing a lot for decades, with numbers this lopsided. Maricopa looks like it may have also been manipulated in 2016.

Election and voter registration data can be obtained from the Arizona Secretary of State via these links:

The detailed historical spreadsheets that Seth sometimes uses appear to be the ones from USElectionAtlas.org, although we have not officially confirmed this. On that website, the detailed data in CSV format is purchasable for a fee, while some aspects are browsable on the website.

@AZAuditChat   on the Telegram app

Or you may find additional groups and channels in our detailed list of Telegram Channels, grouped by state.

Note: ElectionFraud20.org has no affiliation with nor any responsibility for these channels.

Learn about the anomalies, strange events, and eyewitness accounts surrouding the 2020 election. Explore the pages of this site and the links to further reports.

You can also get involved in your local precinct.
Learn About The Precinct Strategy
click to expand hide