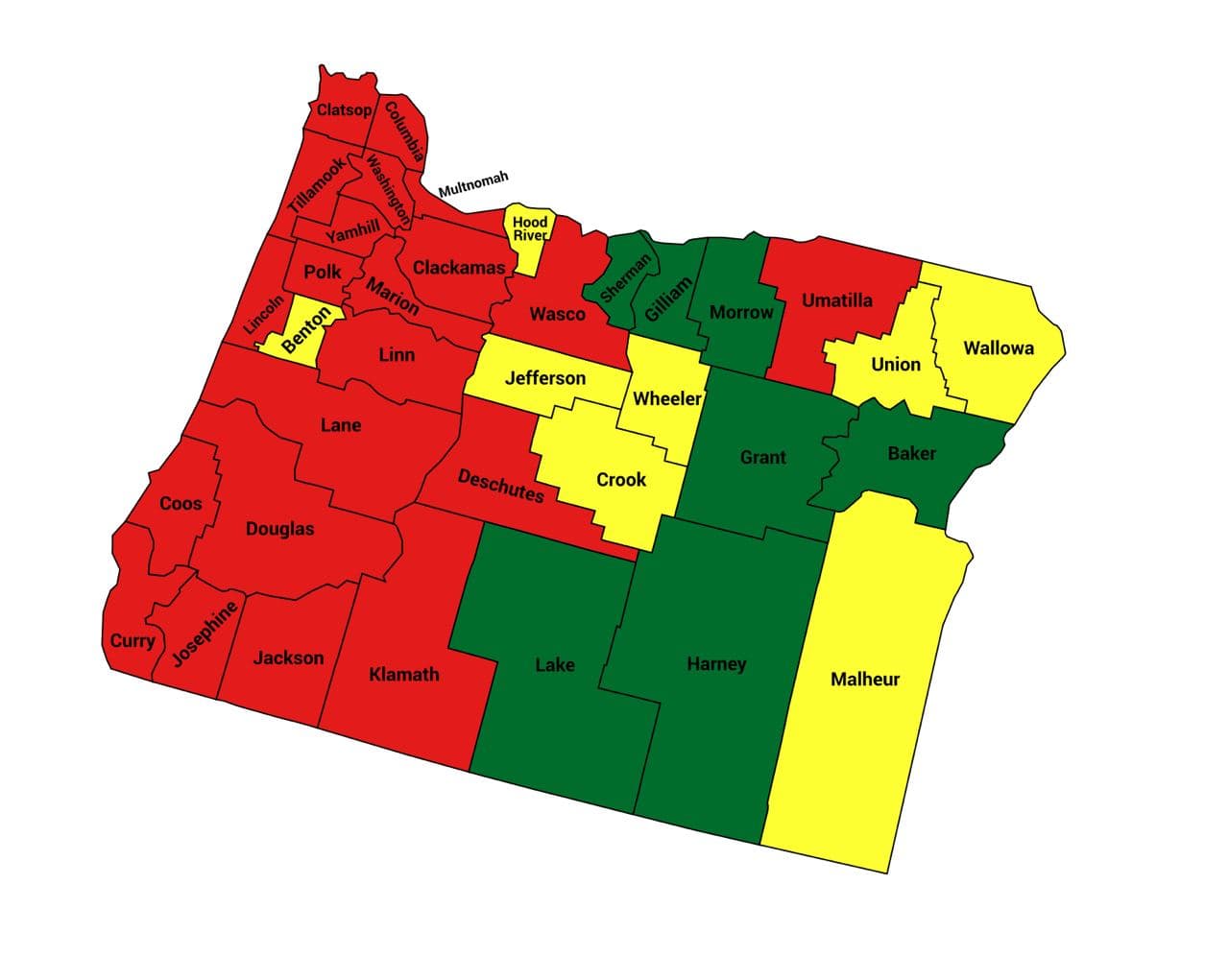 Oregon statewide moved slightly Republican in terms of party registration numbers — 30 out of 36 counties had more Republican party registrations than Democrat ones, since 2016. As such, we should have seen the Democrats have an even smaller winning margin than the 10.98% margin seen in 2016. But instead it jumped to over 16%! How did Trump lose another 5+ percentage points while gaining 176,000 votes from 4 years earlier?

I estimate that Biden has 162k more votes than would be reasonably expected, and that’s before even counting Multnomah! Here are the worst ones:

Biden was +84k in Multnomah after gains of +18k and -5k in last two elections. Estimate 55k there, for total of 217k excess. If correct, that give us an accurate election tally in that state with Biden’s margin at +7.6%. That’s only considering excess Biden votes in opposition to established registration trends.

The best targets for audits are Umatilla, Linn, Jackson, and Yamhill. Blue states had to be pushed back out to double digit margins to distract from Rust Belt operation. 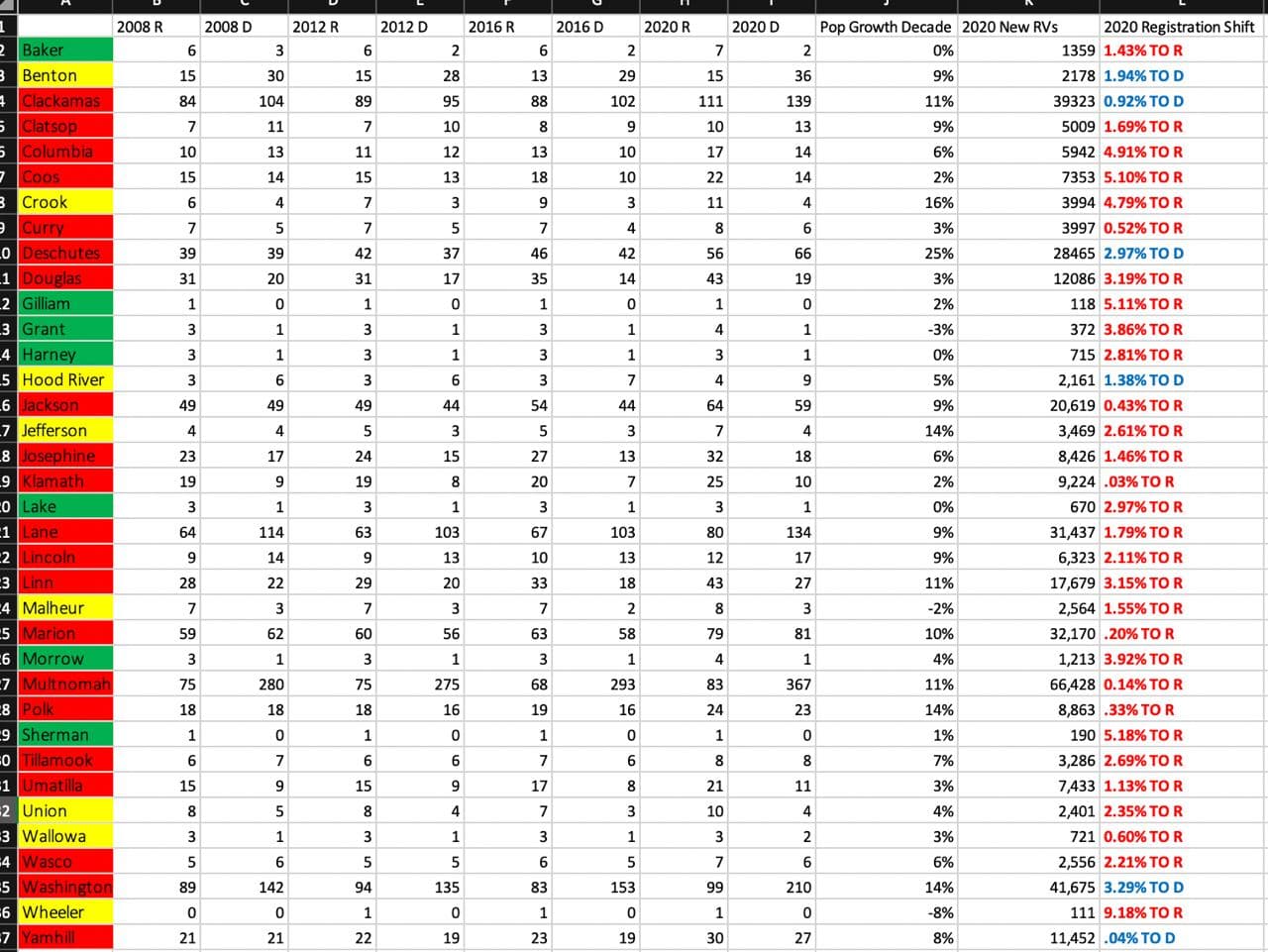 Seth has listed Oregon’s Jackson and Marion counties as being among the Nation’s Top 100 Worst Counties in terms of abnormal trends during the 2020 election.

Seth explains the registration vs vote trends since 2004 and why he estimates that Linn County has 8,000 more votes for Biden than seems rational:

Seth explains how, with the aid of motor voter and mail-in voting, Biden is at least 3,000 votes higher than any reasonable forecast would allow for.

We aim to publish links to both the raw election data and voter registration data for Oregon so that citizens and researchers can analyze this information for themselves.

To join the grassroots efforts in pursuing election integrity and audits of the 2020 election in Oregon, you can join the following groups on Telegram: