Trump is up 161k votes from 2016 as the state nearly dropped into the GOP column, but Biden is up 349k after two consecutive elections of fewer votes, including Clinton down 178k from Obama’s re-election. They will gain votes in 2020 thanks to third parties returning.

Fair share of green counties here, but there are a ton of rural, tiny counties with little play in numbers. Hennepin is a cesspool, and Ramsey a smaller version. Biden is 2x Obama’s high turnout era record gain, plus another 30k. I’ve afforded him Obama ’08 gain plus 25%, same as Ramsey, almost certainly high.

Seth has listed Minnesota’s Anoka, Dakota, Hennepin, Ramsey, Saint Louis, and Wright counties as being among the Nation’s Top 100 Worst Counties in terms of abnormal trends during the 2020 election. 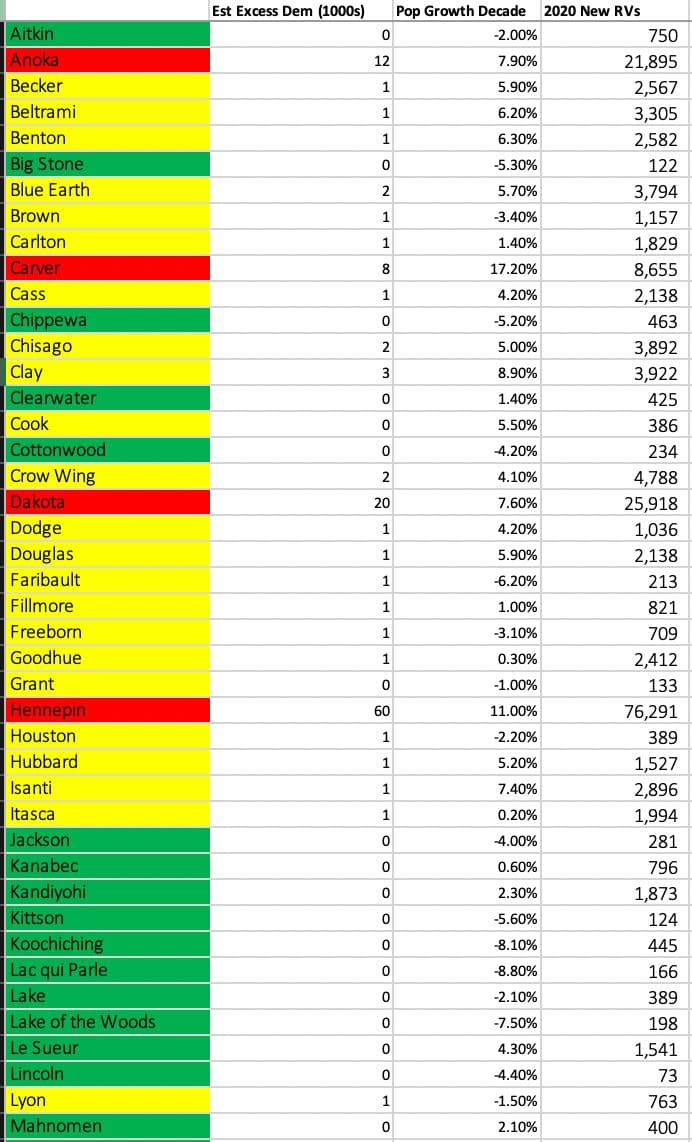 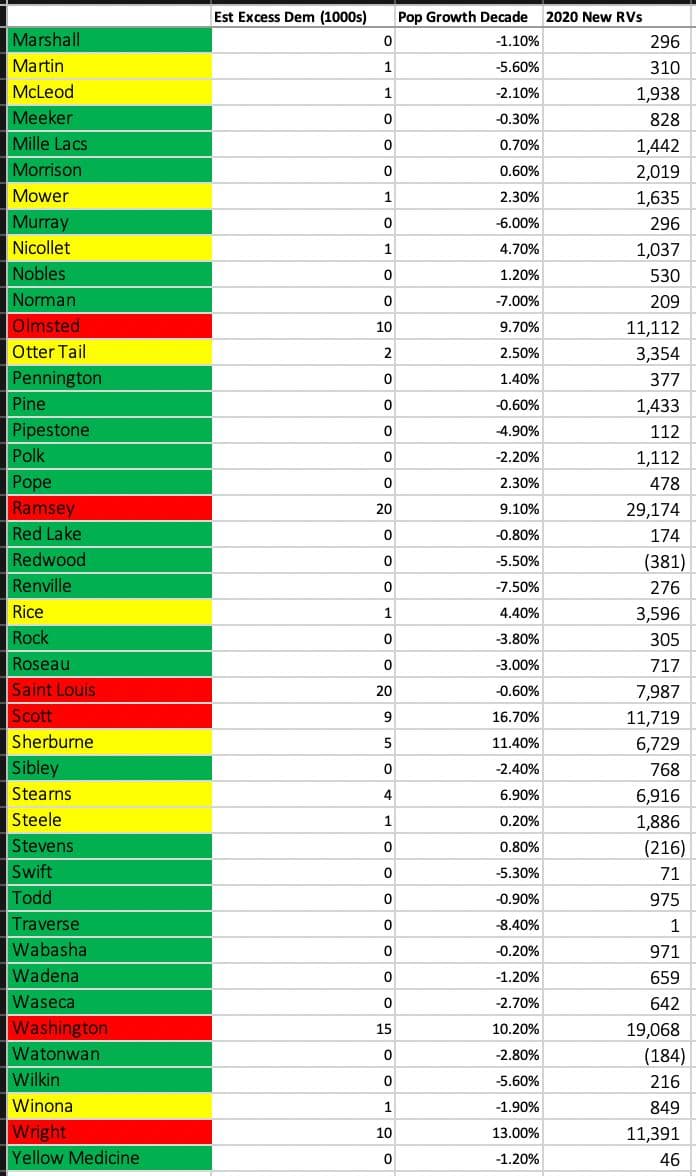 We aim to publish links to both the raw election data and voter registration data for Minnesota so that citizens and researchers can analyze this information for themselves.

To join the grassroots efforts in pursuing election integrity and audits of the 2020 election in Minnesota, you can join the following groups on Telegram: