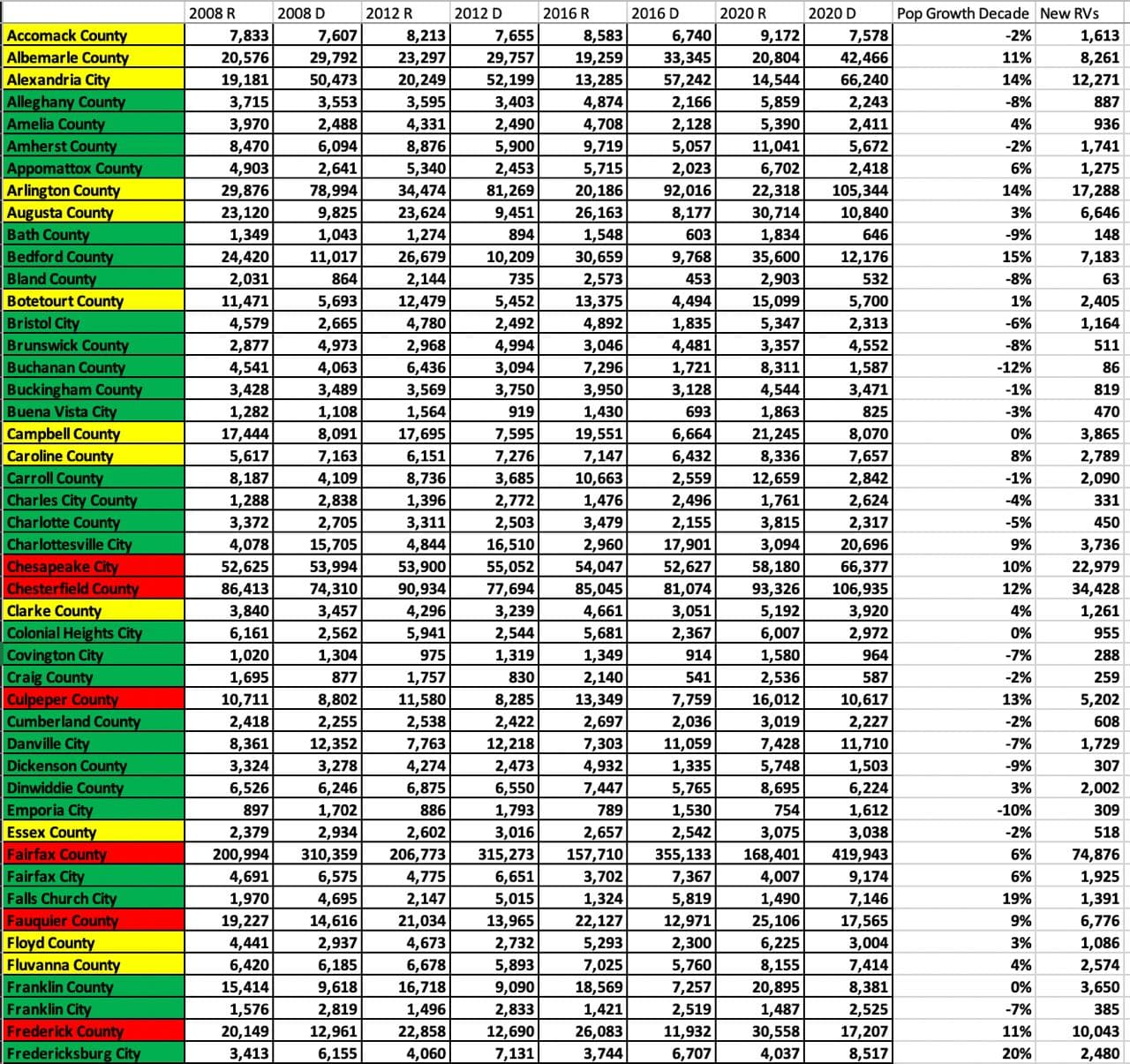 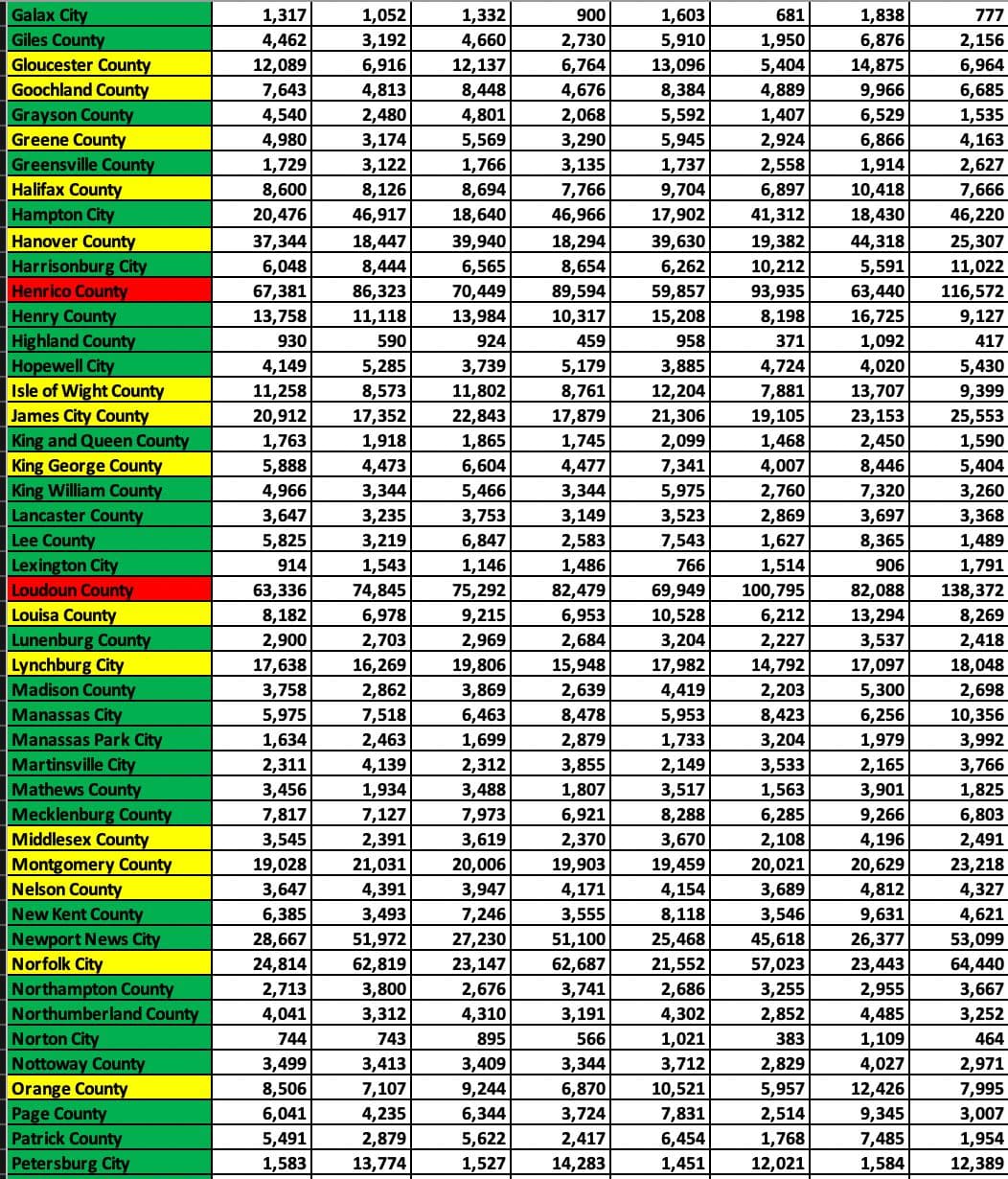 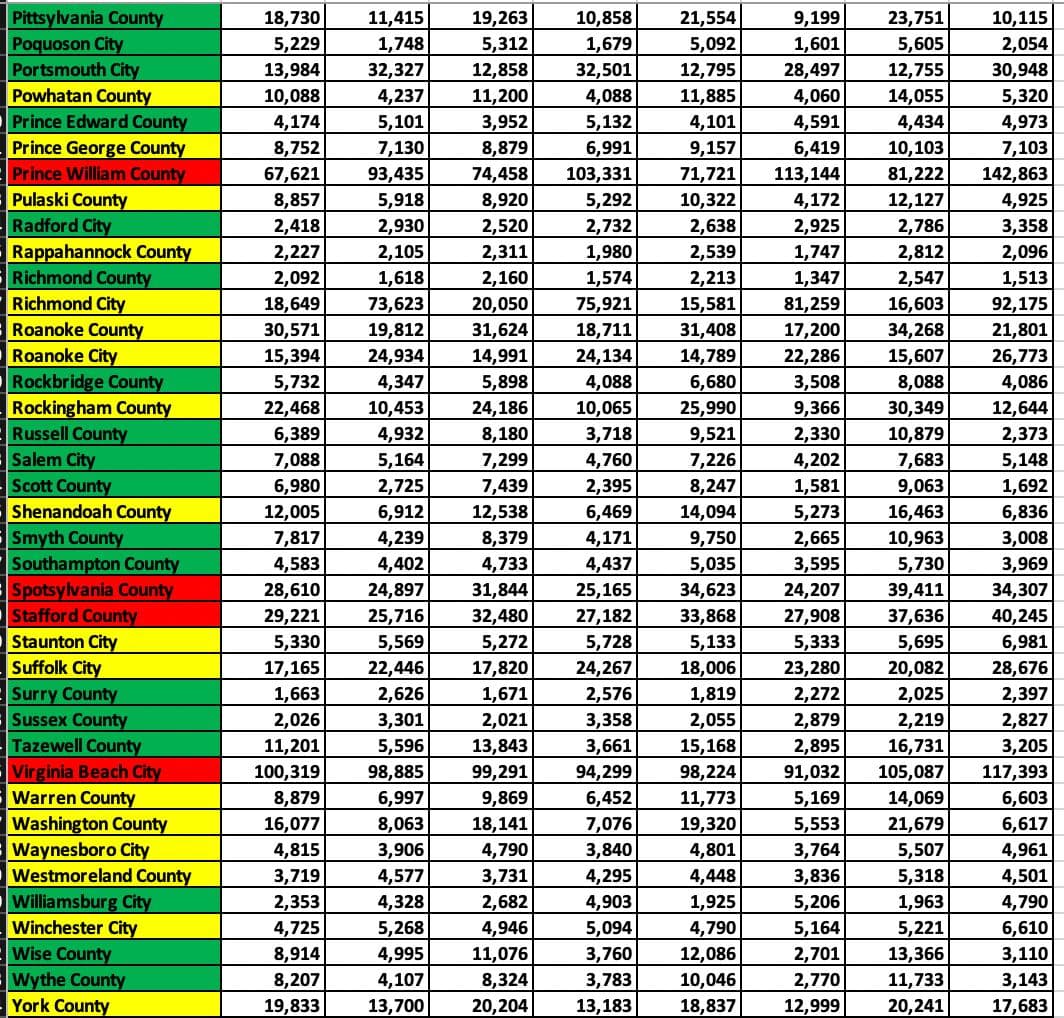 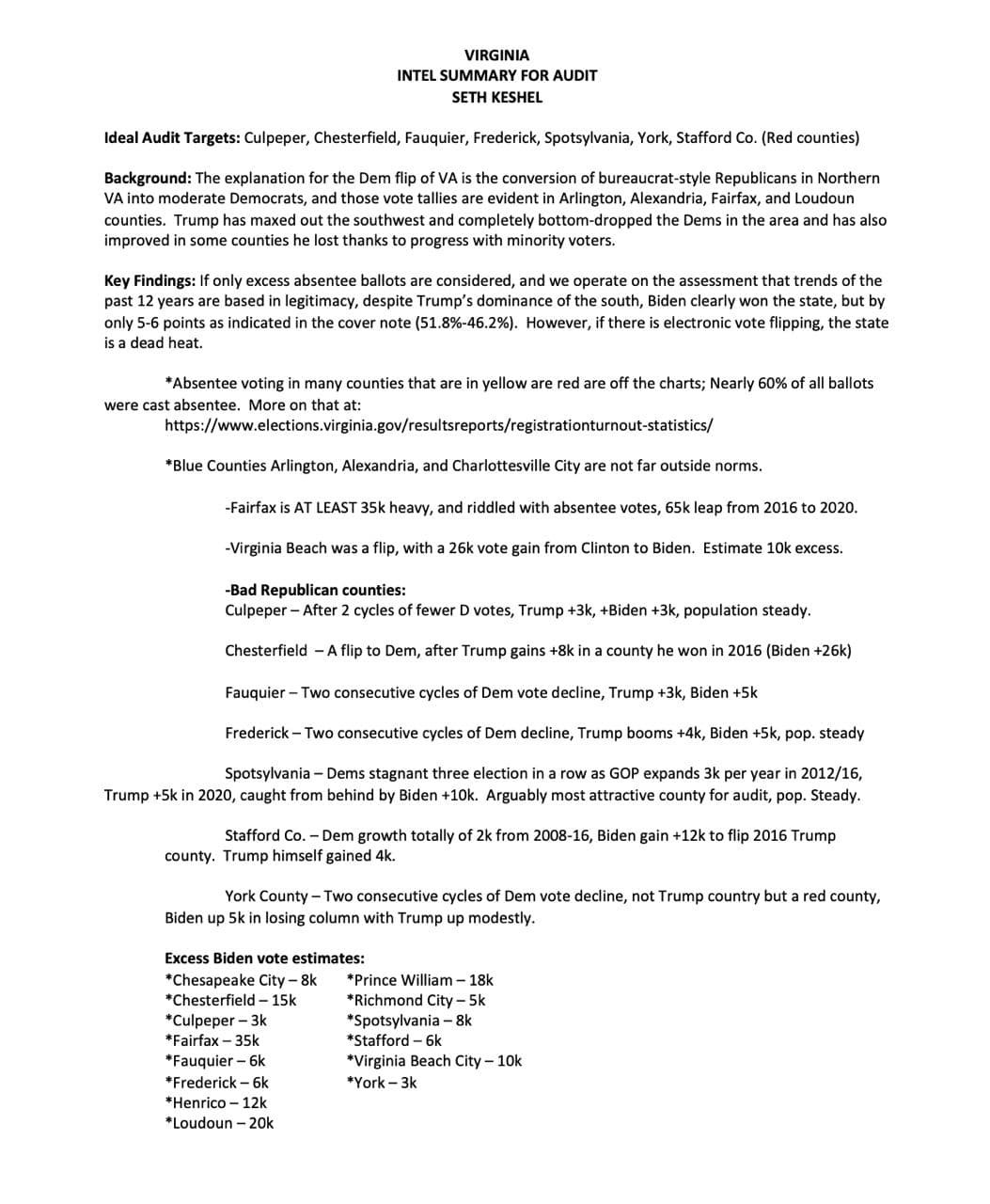 At face value, overwhelming NOVA support for Biden created an even bigger partisan gap, even as the south and southwest became stronger for Trump. Most of the excess votes were piled up 1-2k at a time throughout the southern and eastern portions of Virginia, with about 73k between Prince William, Loudon, and Fairfax (lenient estimates). The vote stoppage in Virginia creates suspicion as to whether the state was being prevented from flipping, or just given some buffer room.

Seth has listed Virginia’s Chesterfield, Loudoun, and Spotsylvania counties as being among the Nation’s Top 100 Worst Counties in terms of abnormal trends during the 2020 election.

We aim to publish links to both the raw election data and voter registration data for Virginia so that citizens and researchers can analyze this information for themselves.

To join the grassroots efforts in pursuing election integrity and audits of the 2020 election in Virginia, you can join the following groups on Telegram: