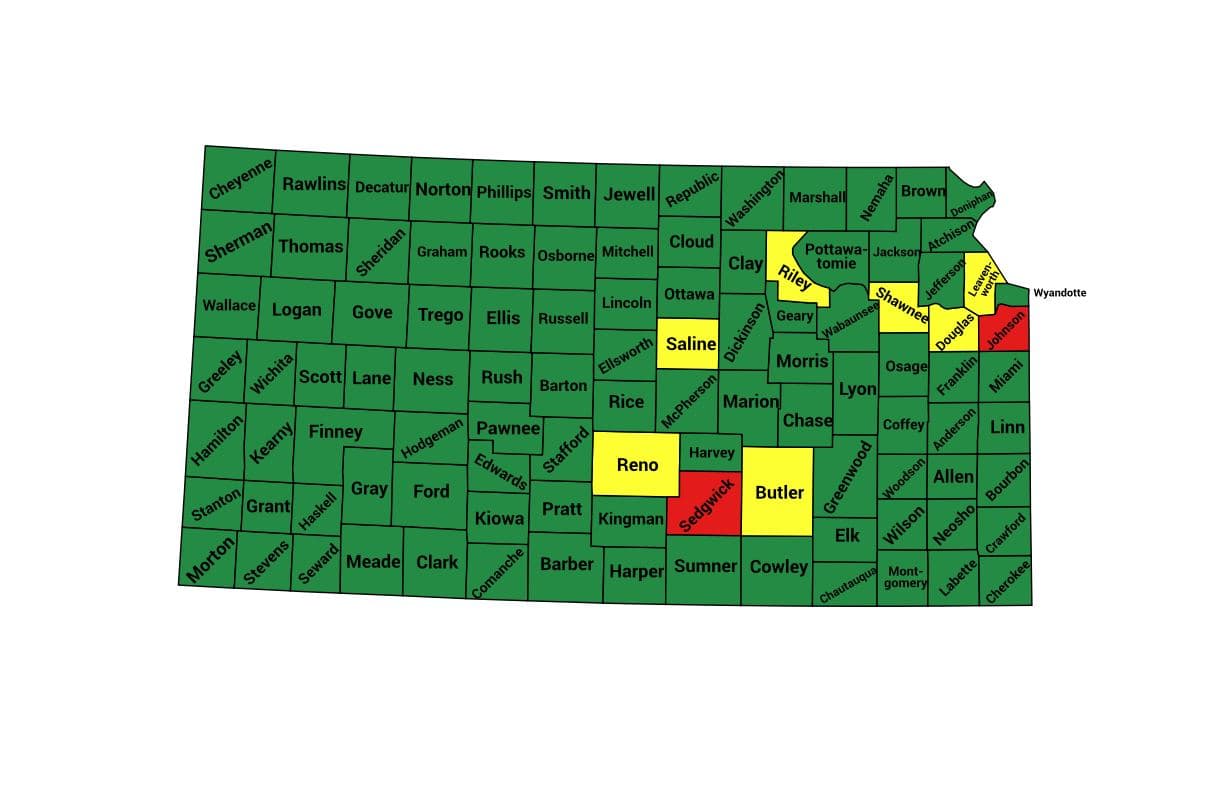 Kansas is quite a bit worse off than Nebraska, with most of the talk focusing on Johnson County, which voted Democrat for the first time since 1916! Trump won the county by 8,000 votes in 2016, despite losing 21,000 votes compared with Romney in the previous election, and if the registration totals by party are accurate, these indicated a big shift left for 2020. Trump still gained 18k back in 2020, not quite to Romney’s total (158k), but Biden’s gain is ridiculous – 54k (41%) improvement in one election cycle! In 2008 Obama gained 29k votes, but that was with a drop in Republican votes. This leads us to reason that Johnson has at least 20,000 more Biden votes than the trends suggest is reasonable.

In Sedgwick (Wichita), Trump set a record Republican vote gain for one election, only to be outpaced by a massive record Democrat gain. In Sedgwick, we estimate 15,000 more votes than would be expected. This county is a prime target for a forensic audit.

Seth has listed Kansas’s Johnson and Sedgwick counties as being among the Nation’s Top 100 Worst Counties in terms of abnormal trends during the 2020 election.

Johnson County appears to have approximately 20,000 excess Biden votes than would be expected. The county was flipped in 2020 for first time since 1916!

Seth’s video below contains a detailed overview of the 16 year trendline and registration numbers.

The following heat map shows which precincts within Johnson County diverged the most from expected trends and should be investigated:

This video, featuring Seth Keshel, dives into some of the Kansas counties, starting at 15min 50sec mark.

We aim to publish links to both the raw election data and voter registration data for Kansas so that citizens and researchers can analyze this information for themselves.

To join the grassroots efforts in pursuing election integrity and audits of the 2020 election in Kansas, you can join the following groups on Telegram: